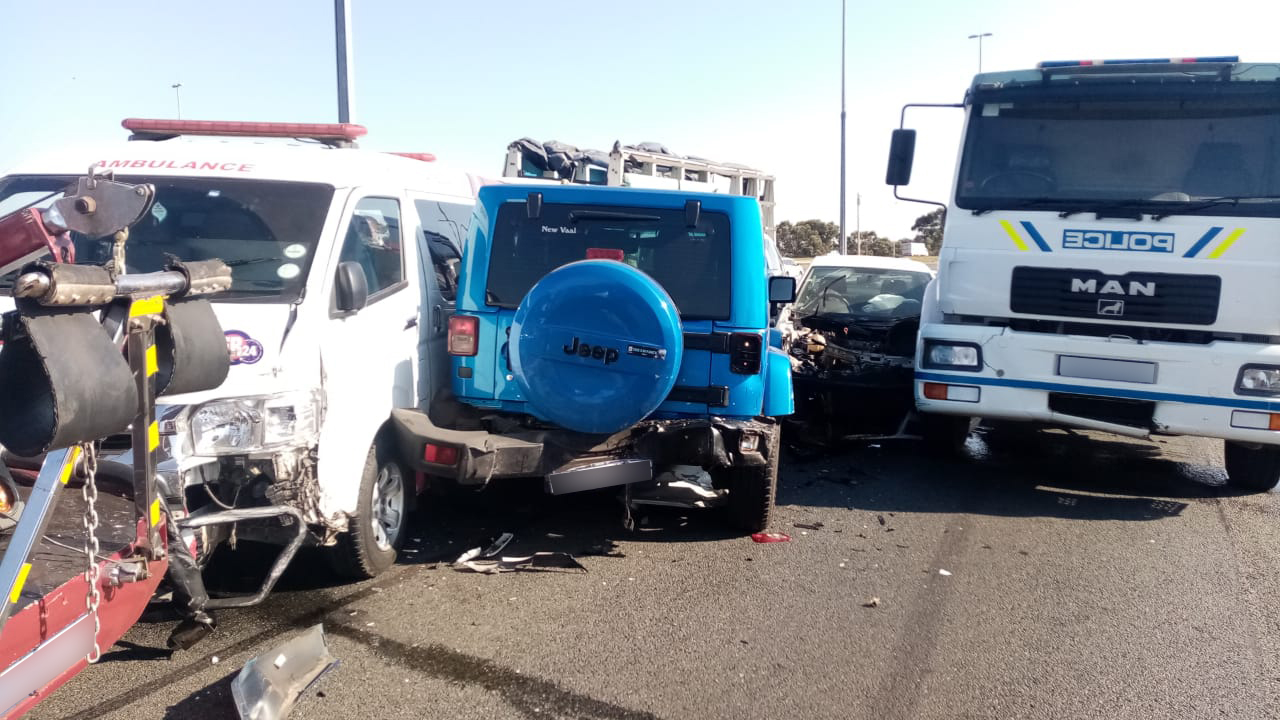 This morning, four people were injured, including an ER24 medic, when a truck collided with an ER24 ambulance and several vehicles on the N1 Golden Highway in Naturena, south of Johannesburg.

ER24 paramedics were on the scene of an earlier collision, treating a patient in the ambulance when a truck crashed into several vehicles, including the stationary ambulance.

Further ER24 resources were immediately dispatched to the scene.
On arrival, medics found several vehicles, including the ER24 ambulance, in the fast and middle lanes. Medics assessed the patients and found that four people, including an ER24 medic, had sustained moderate injuries.

The patients were treated and thereafter transported to a nearby hospital for further care.