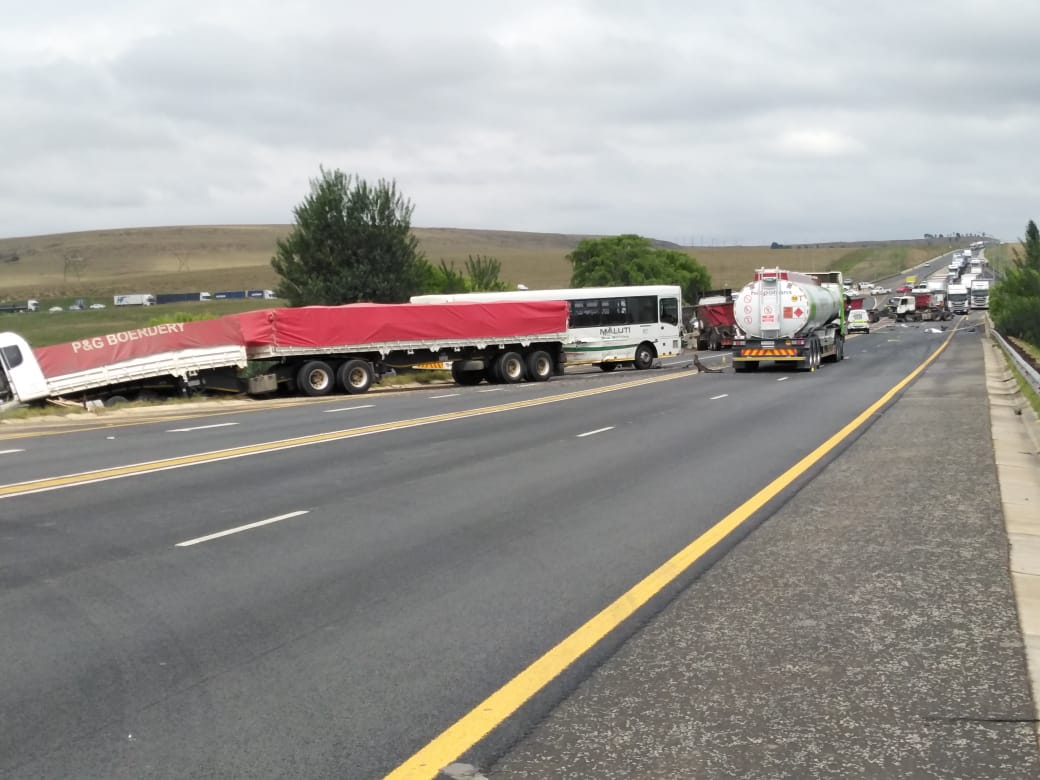 A truck collision at Nuwejaar River over the N5 bridge claimed two lives. This follows after an accident caused by a truck transporting coal in which the truck driver was allegedly forced to deviate by two suspects who left it inside the road to block the traffic flow.

Apparently, another truck that was carrying maize collided with the truck already blocking the road and a bus from the Maluti Bus Services including a taxi that was making a U-turn to avoid the accident.

In the process, the truck carrying maize veered off the road and landed on the shoulder of the road where the driver sustained serious injuries.

The passenger, a woman from the bus, sustained minor injuries while two people in the taxi died on impact.

A case of culpable homicide is being investigated. The names of those who died can only be made known after the next of kin has been informed.