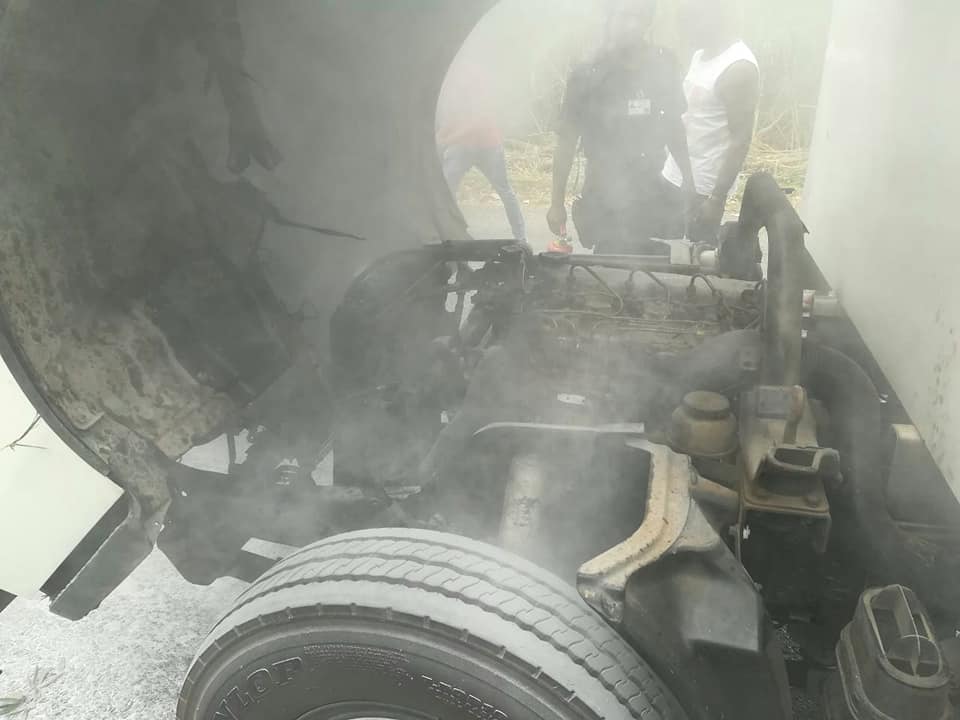 Members of Reaction Unit South Africa were called out to Vincent Dickenson Road in Canelands – Verulam after receiving multiple calls from the public reporting a truck on fire.

Upon arrival Reaction Officers were informed that while at the stop street the driver noticed smoke entering the cab of the Toyota Dyna truck. On investigation he noticed that the engine compartment had caught alight. A passing motorist stopped and assisted the driver. With the use of a fire extinguisher they managed to put out the blaze. The driver was not injured.

A faulty electricity connection is suspected to be the cause of the fire however this is yet to be confirmed.