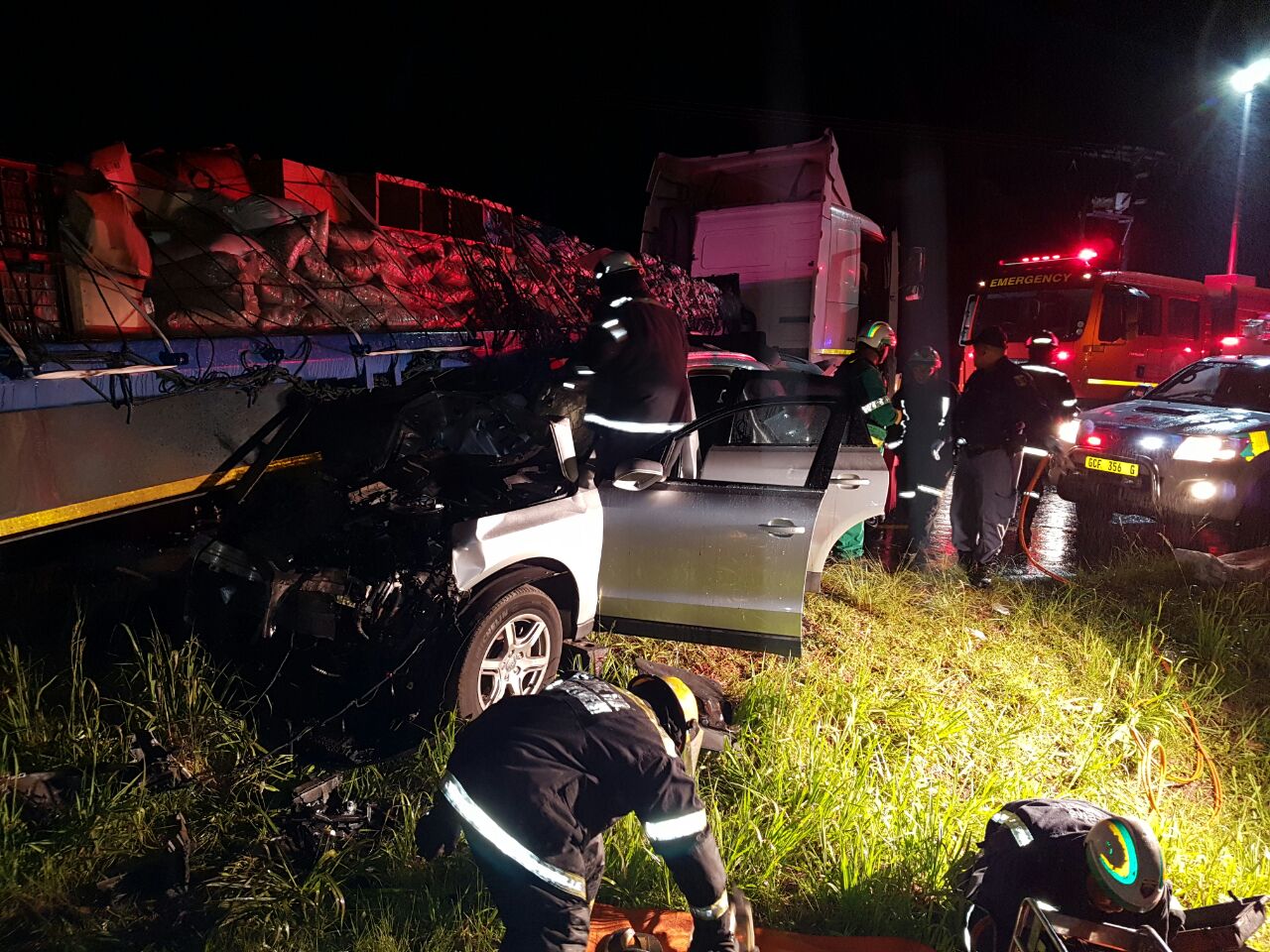 Two people were killed and three others injured following a collision between a truck and light motor vehicle on the R404 in George, in the Western Cape.

ER24 paramedics, along with the Metro and Fire Services, arrived on the scene to find the truck and light motor vehicle on the side of the road.

Upon closer inspection, paramedics discovered the bodies of an elderly couple, a man and woman, found lying inside the light motor vehicle. Unfortunately, both patients had already succumbed to their multiple injuries. Nothing could be done for them and they were declared dead.

Three other patients were later assessed. A second elderly couple, as well as a 7-year-old girl, were assessed and found to have sustained serious to critical injuries.

The patients were treated for their injuries and were provided with advanced life interventions before they were transported by Metro Services to Mediclinic George for further treatment.

The driver of the truck fortunately escaped injury.