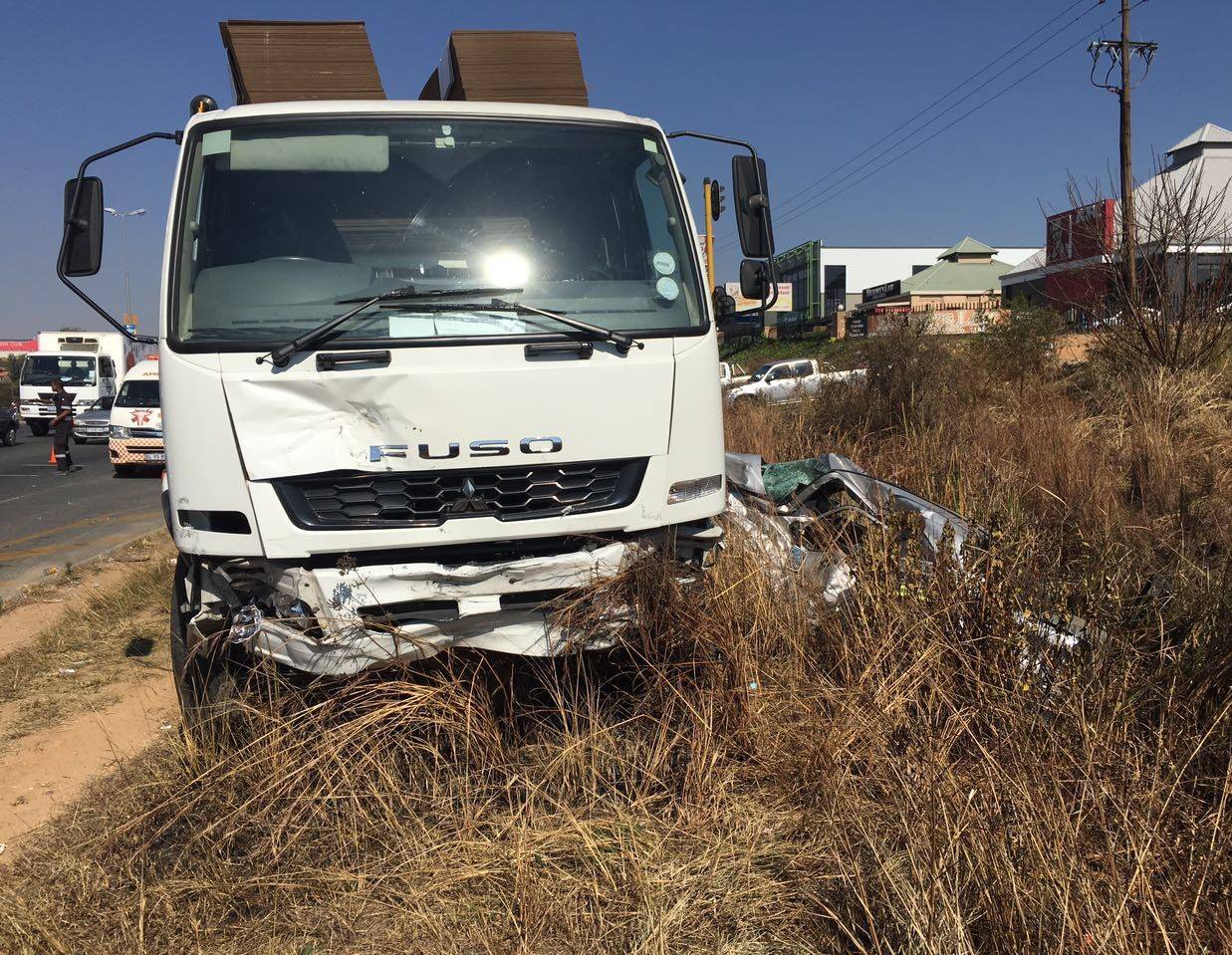 Earlier this afternoon EMER-G-MED’s RV6 and A01 attended to a serious collision on the corner of Malibongwe and Kapital in Randburg.

On arrival paramedics found that a truck had collided with a car, leaving the car heavily damaged and both vehicles lying in the veld approximately 20 metres from the point of impact.

Fortunately, despite the damage, the two patients sustained minor injuries and were transported by A01 to a nearby facility for further assessment.

The cause of the collision is unclear. Local traffic authorities were on-scene to investigate. 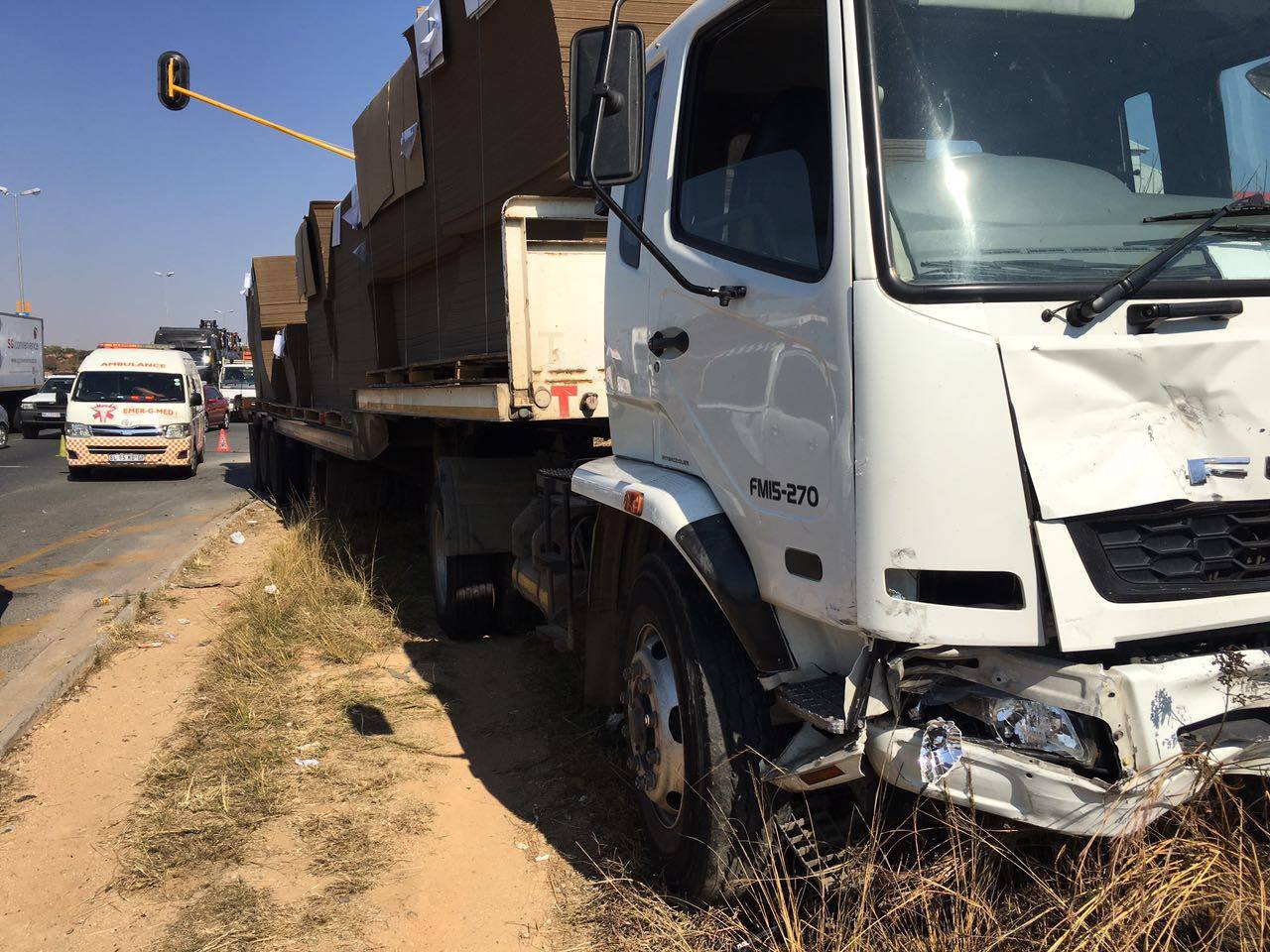 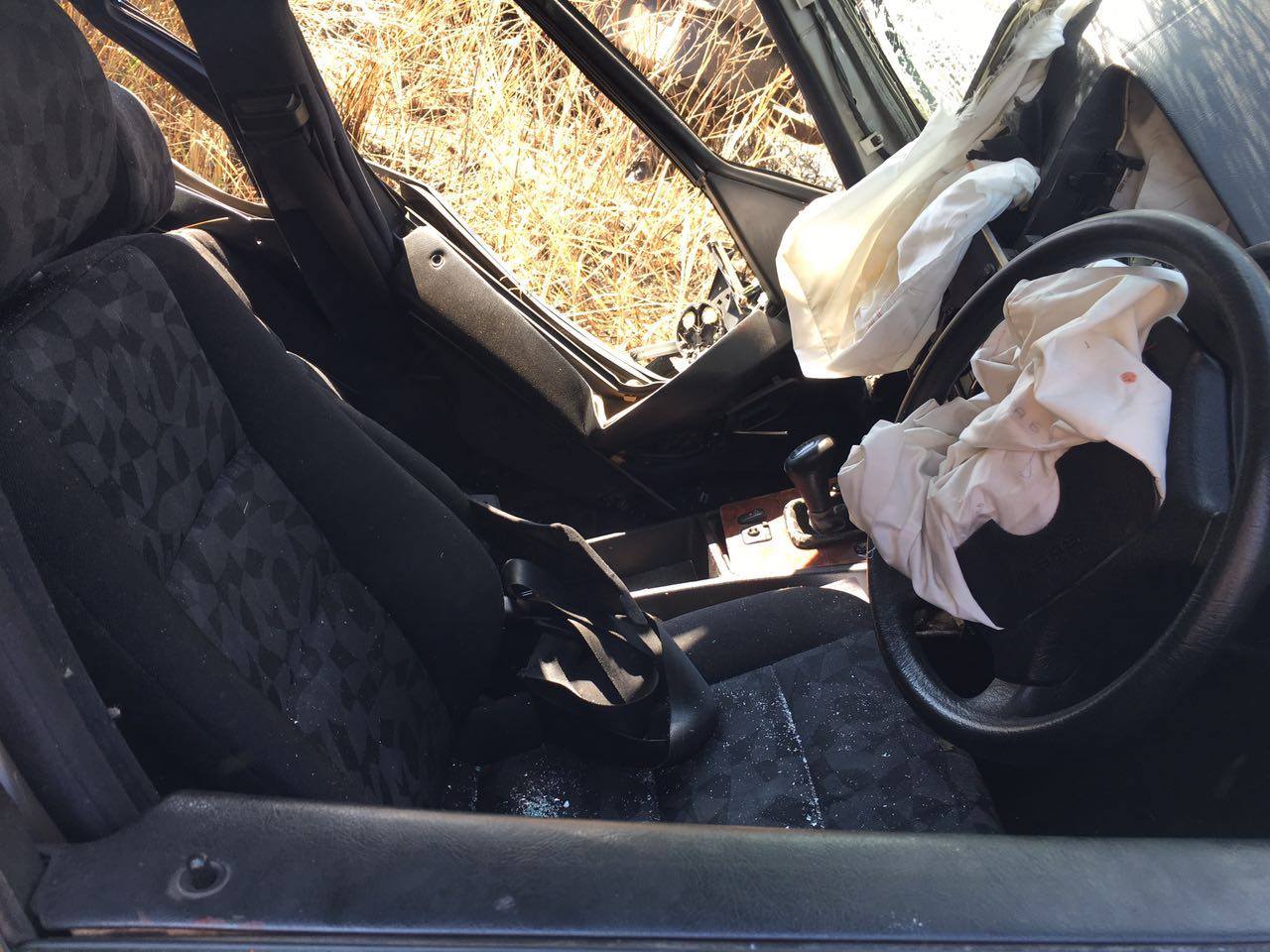 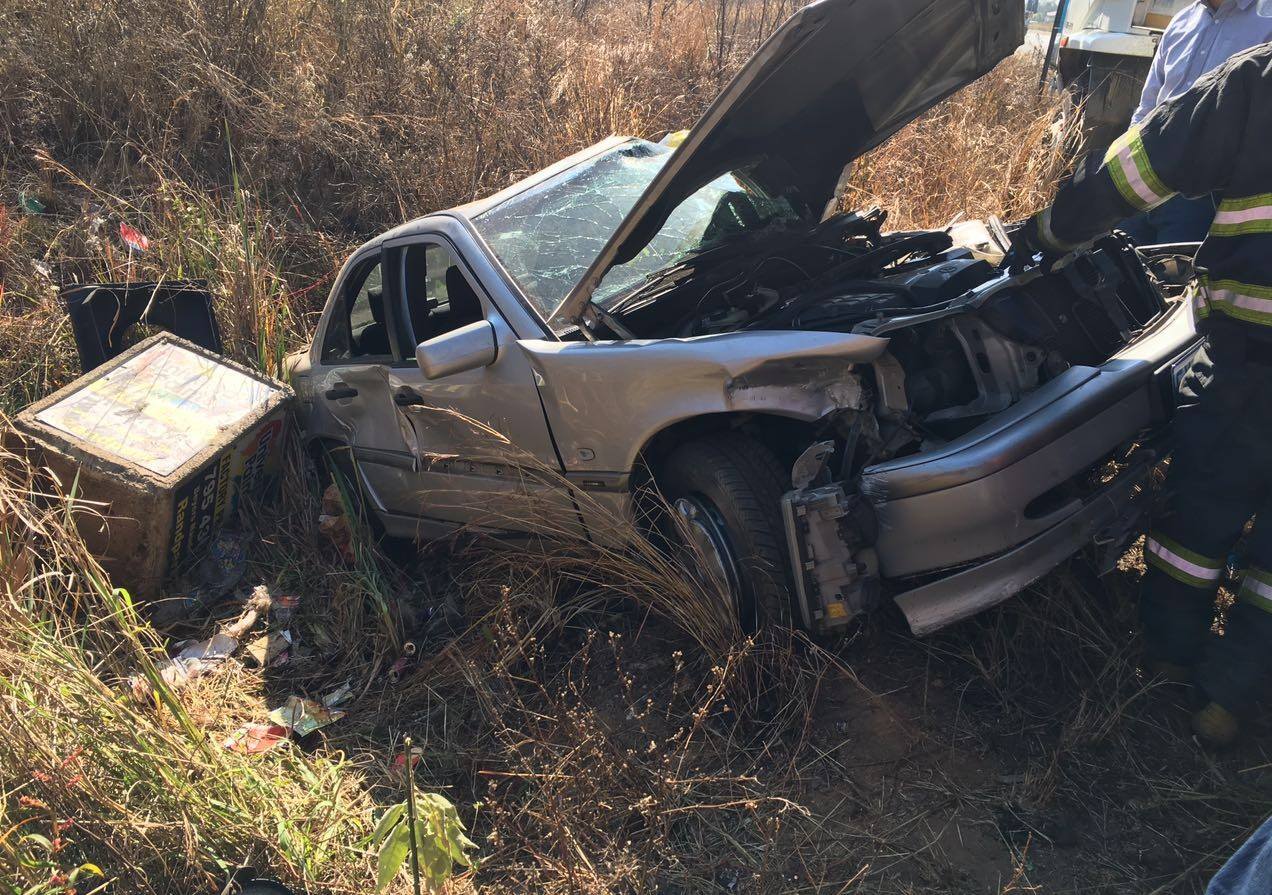