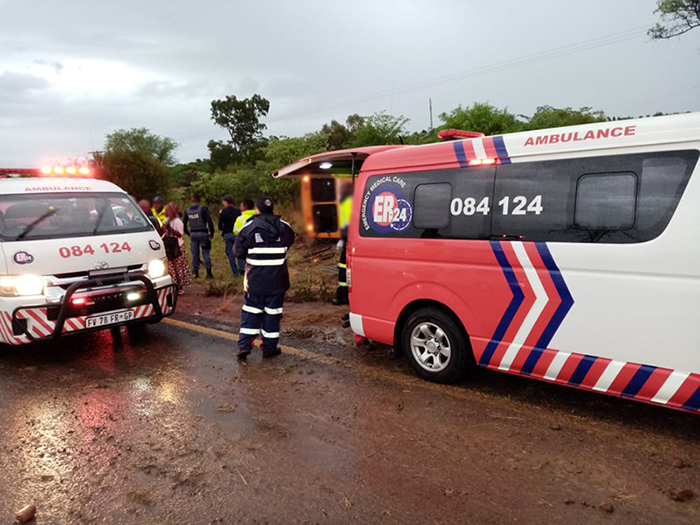 This morning, thirty people were injured when a bus and a truck collided on the R501 between Potchefstroom and Viljoenskroon.

ER24 and other services arrived at 07h00 to find a truck parked on the side of the road while a bus was parked a short distance away in a field. The passengers from the bus were seen walking around while a woman was lying in the middle of the road.