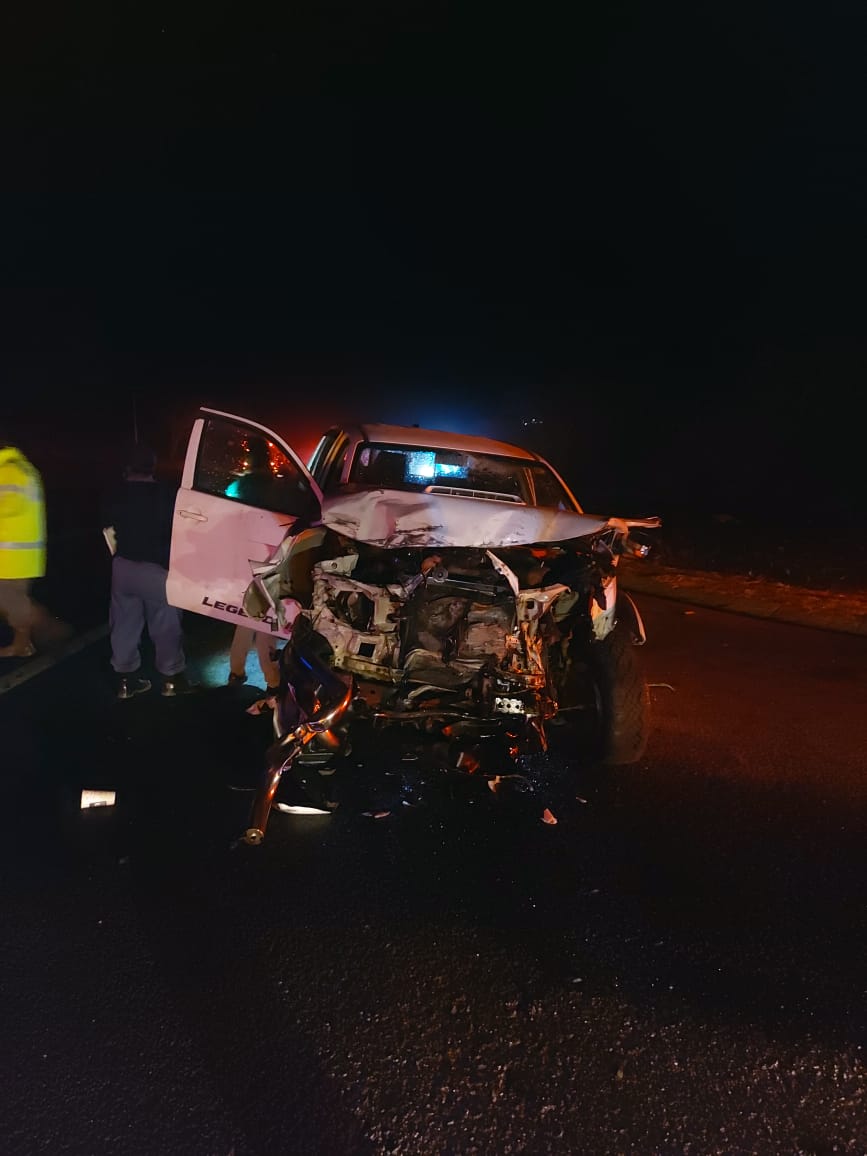 One man was killed and four others critically injured last night when a bakkie and truck collided at the R40 and R530 in Mica, Mpumalanga.

ER24 paramedics arrived on the scene at 20h30 to find the Provincial EMS already in attendance. A truck was found lying on its side on the side of the road while the bakkie was in the middle of the road. A fire had broken out and was spreading across the veld.

Medics treated the patients, which were later transported by the Provincial EMS to nearby hospitals for further care.
The details surrounding this incident are not yet known, but authorities were on the scene for further investigations.