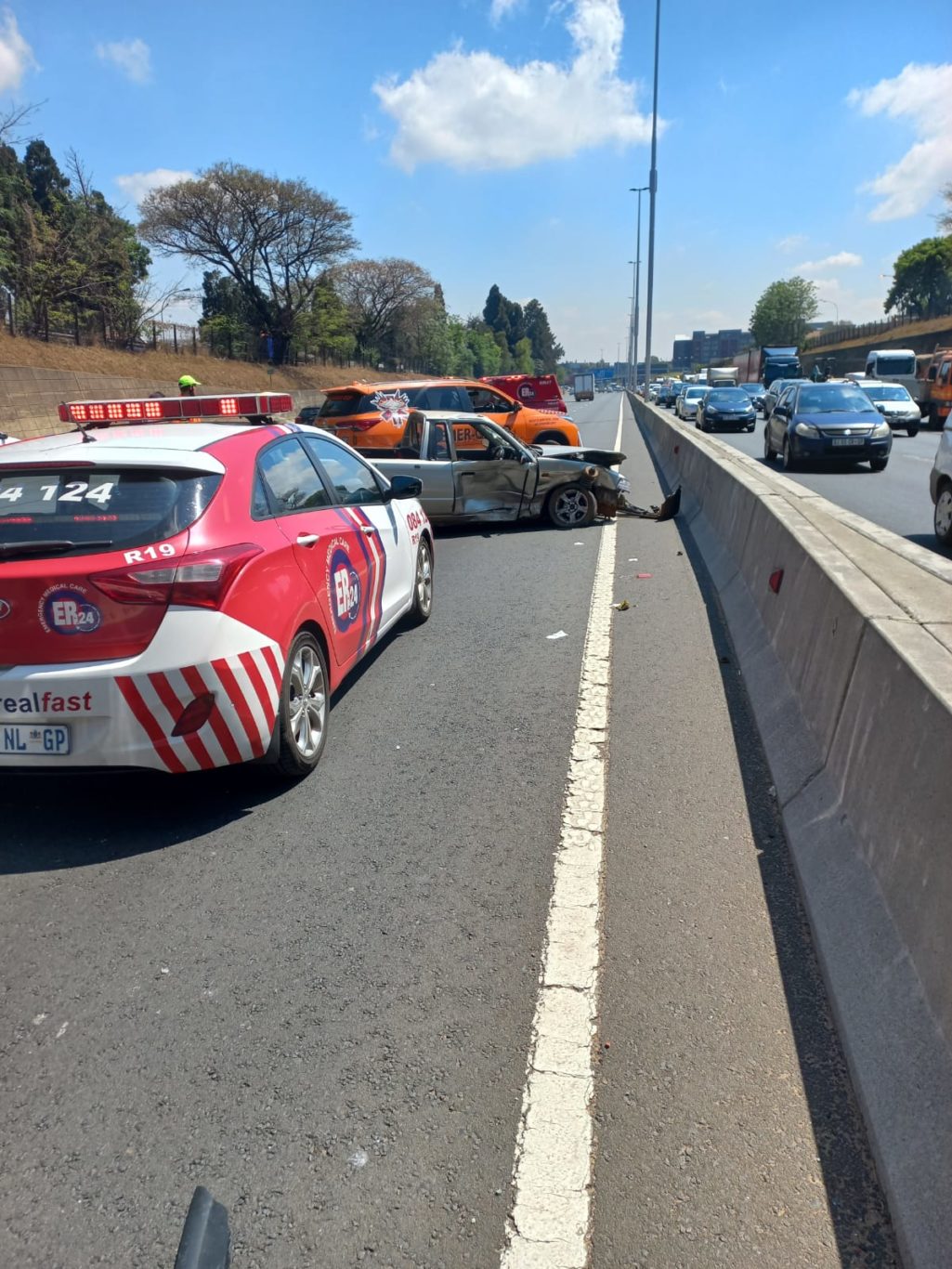 Four people were left injured this morning, including two children, when their bakkie crashed into a truck and against the centre barries on the N3 south in Bedfordview.

ER24 and other services arrived at 10h17 to find a bakkie in the fast lane of the highway. A man, woman, and two boys aged one and four were seen walking near the vehicle.

Medics assessed the patients and found that all four had sustained minor injuries. The patients were treated and thereafter transported to a nearby hospital for further care.

The truck was not found on the scene.