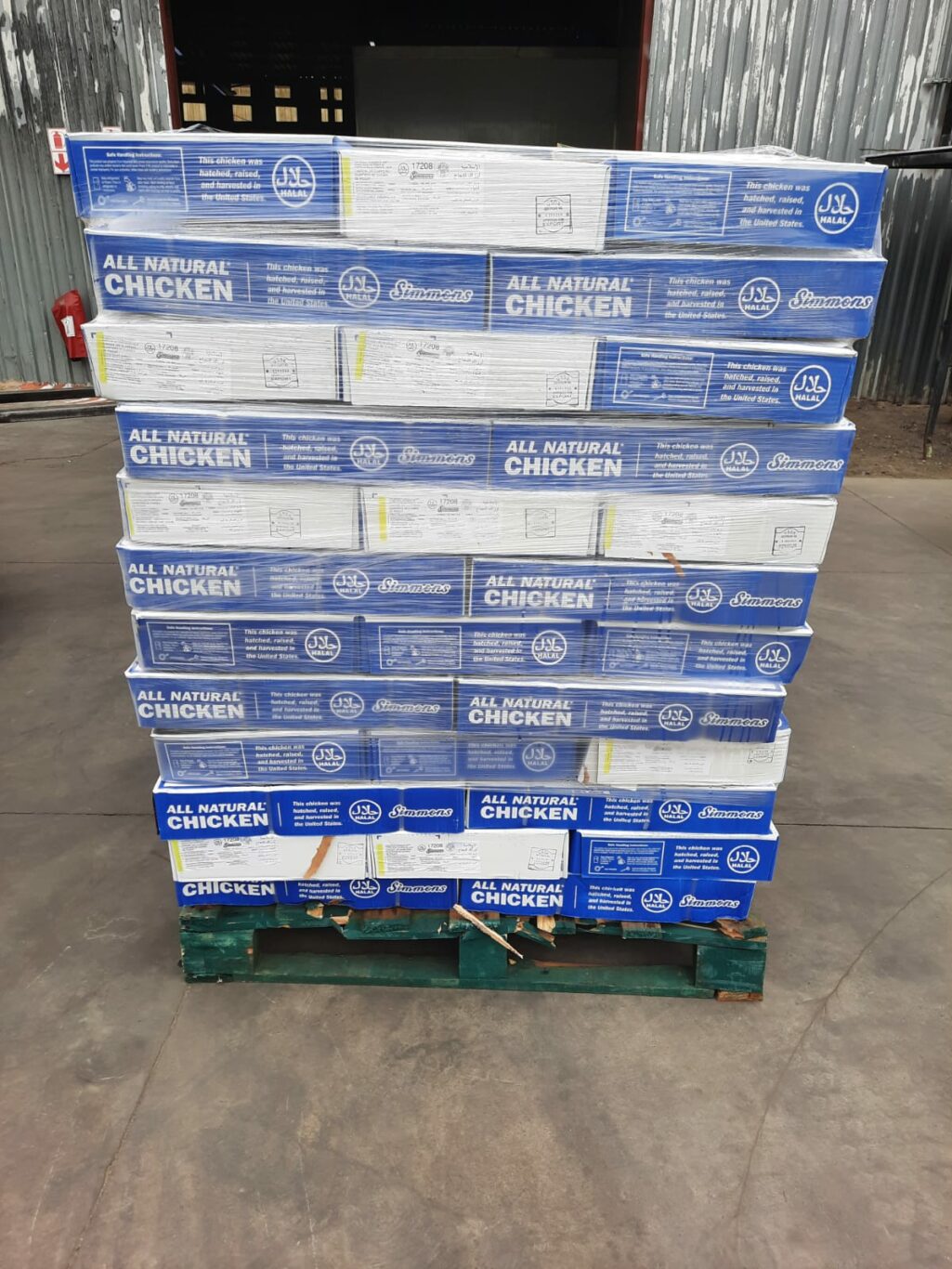 The K9 unit together with Organised Crime Narcotics arrested two men and a woman at City Deep for fraud, corruption and corruption.

The members followed up on intelligence information about people who were diverting goods to avoid paying customs duties and Vat.

The information led the police to a storage facility in City Deep where a consignment of poultry meat weighing 27 000 kg was found loaded in a truck. The two men were arrested for contravention of the Customs and Excise Act, fraud and corruption. One of the suspects initiated a bribe of R800 000-00 to members in order to evade arrest. The woman who brought the cash was also arrested for corruption.

Upon further investigation, the police were led to another company also suspected of defrauding SARS. Upon searching the said premises, four containers containing imported poultry meat were recovered and the owner could not produce legal papers.

The Provincial Commissioner of SAPS in Gauteng, Lieutenant General Elias Mawela has applauded the members for their commitment in fighting corruption and exposing those who attempt to bribe the police. “The positive attitude, honesty and integrity displayed by members through upholding and enforcing the law as mandated by the Constitution of the Country is commendable. Continue to serve our communities with pride and loyalty, adhering to the SAPS Code of Conduct and to those few elements within the service who take bribes, know that the arm of the law is long and you will surely be exposed and face the might of the law,” said Lt Gen Mawela.

The public is urged to be whistle blowers and take part in stopping corruption. Bribe is a criminal offence which is punishable by law.