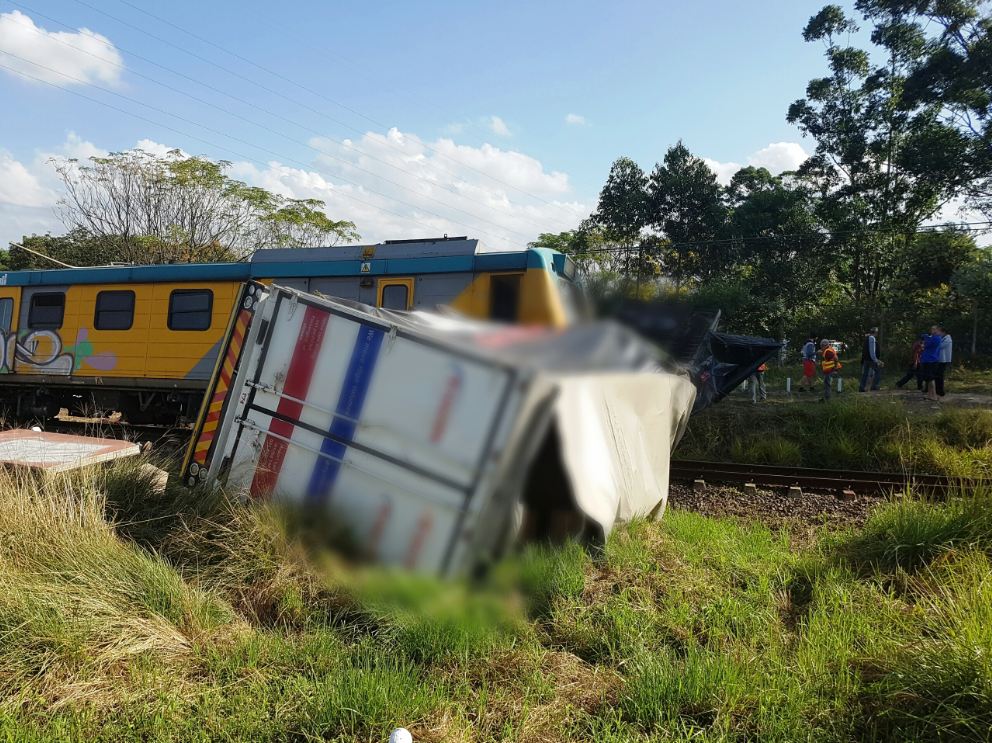 Eleven people have been injured after a Train collided with a truck trailer in Northdene near Pinetown around 1pm today.

Rescue Care Paramedics responded to Fairfield Road in Northdene for a accident involving a train. On arrival Paramedics found that a train  had collided with the trailer of a truck. Two train drivers as well as nine passengers had sustained various injuries ranging from minor to moderate and were stabilised on scene before being transported to various Durban Hospitals for the further care that they required. The truck driver was not injured.

At this stage it is unclear what caused the collision however SAPS were on scene and will be investigating further. 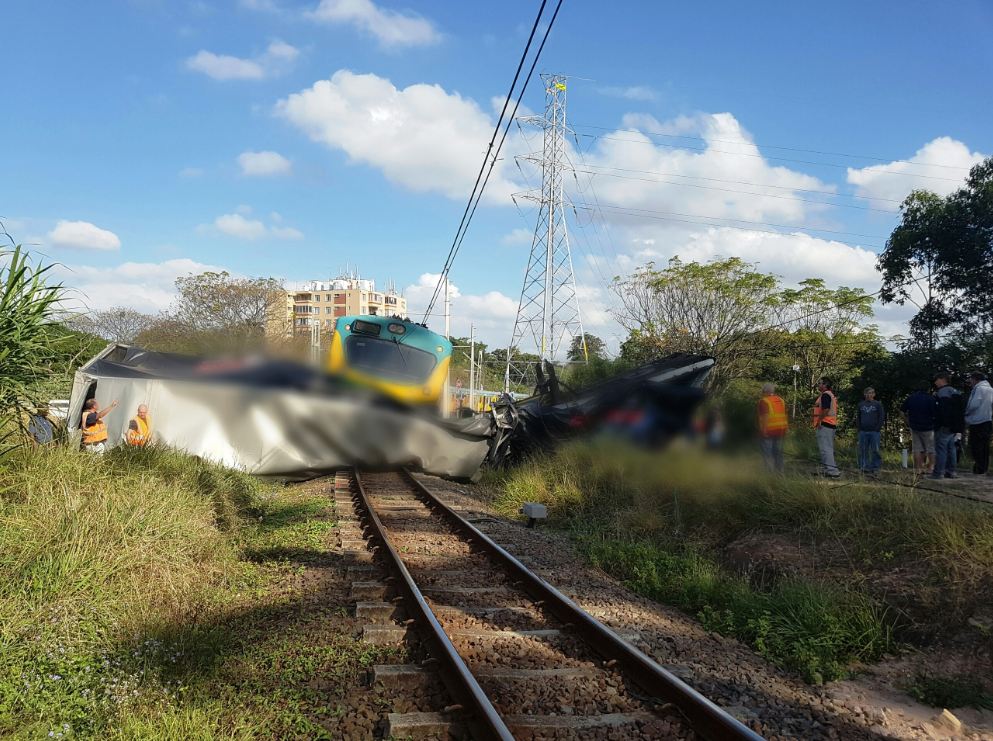