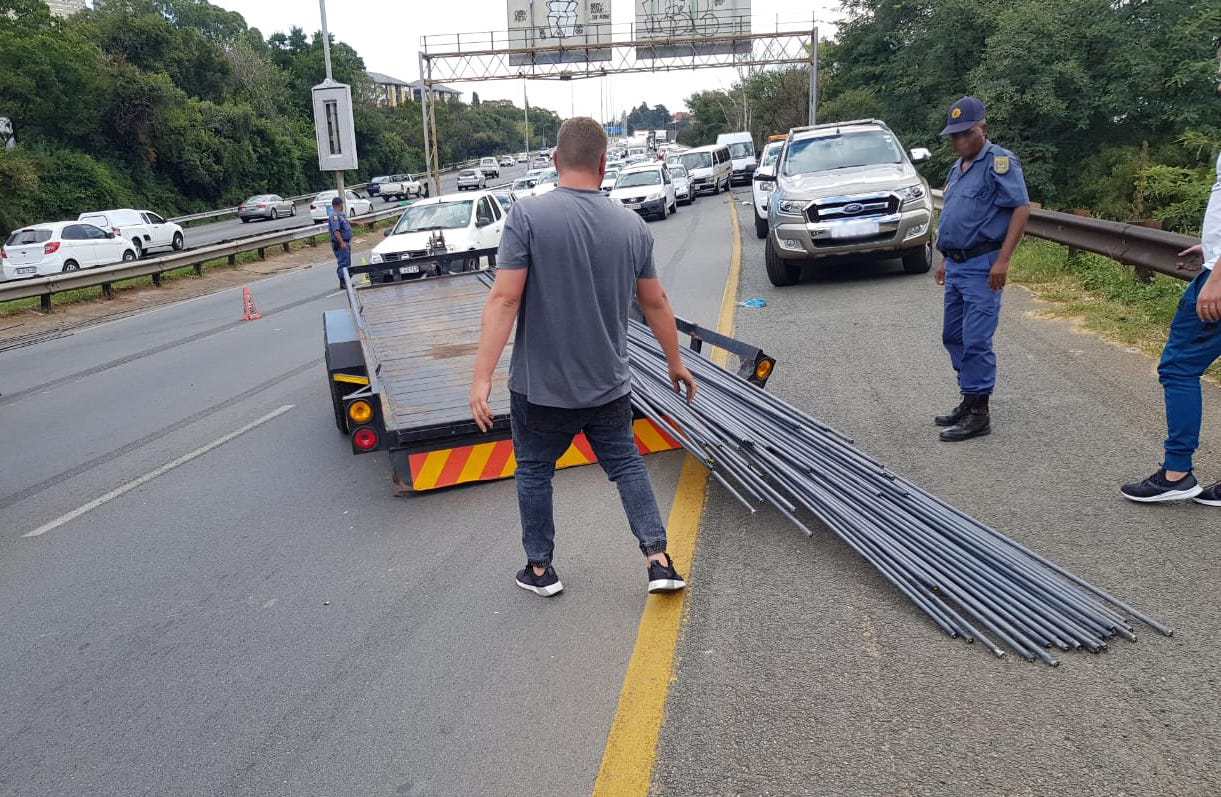 A man in his 40s was seriously injured when the trailer he was towing apparently broke loose on the M1 North, causing the bakkie to lose control, spin and collide with the trailer. A second vehicle was also involved in the incident, but thankfully the woman driving was left unharmed.

ER24 and another service arrived on the scene just before 4 pm to discover the trailer in the middle of the Freeway and steel rods scattered across the road. The driver was assessed and transported to hospital by the other service, while the woman signed an RHT, declining transport to hospital.

The exact circumstances surrounding the incident are unknown to ER24, however the JMPD were on the scene for further investigation.