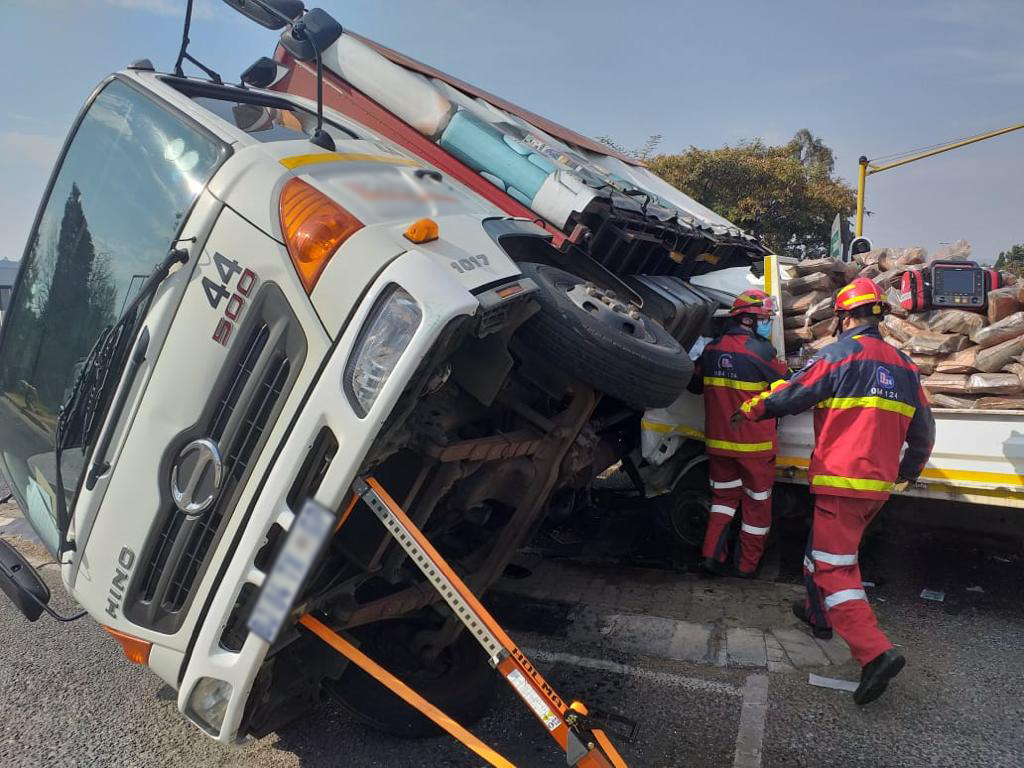 This morning, eight people were injured when two trucks and a light motor vehicle collided on Beyers Naude Drive in Randpark Ridge.

ER24, Life Healthcare, and other services arrived on the scene at 10h00 to find the three vehicles in the middle of the road. The front of one truck and a light motor vehicle was found partially beneath the second truck.

On closer inspection, medics found a man and two women lying trapped inside the one truck, all in serious condition.

Five patients from the second truck were seated nearby with moderate injuries.

Rescue Services stabilised the overturned truck and had to use specialised equipment to free the entrapped patients from the vehicle. Once released, medics treated the patients and provided the three seriously injured with advanced life support before they were transported to nearby hospitals for further care.

The exact details surrounding this incident are unknown, but local authorities were on the scene for further investigations.