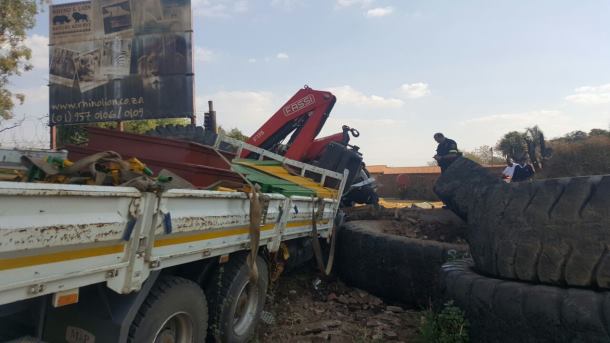 Three women have been killed and four others injured this afternoon when a truck, bakkie and light motor vehicle collided at the Oaktree and N14 Road intersection in Krugersdorp, west of Johannesburg.

ER24 paramedics, along with other services, arrived on the scene and found all three vehicles on the side of the road.

Upon closer inspection, paramedics found the bodies of three women. Two of the woman was found lying underneath the bakkie while the third woman lay beneath the truck.

Unfortunately, all three woman had already succumbed to their multiple, fatal injuries. Nothing could be done for them and they were declared dead.

Rescue services had to use specialized rescue equipment to free the man from their vehicle.

Once freed paramedics treated the patients and provided them with advanced life support intervention. One of the critically injured patients was airlifted by the ER24 Oneplan Helicopter to a nearby hospital while the remaining patients were transported by ambulance.