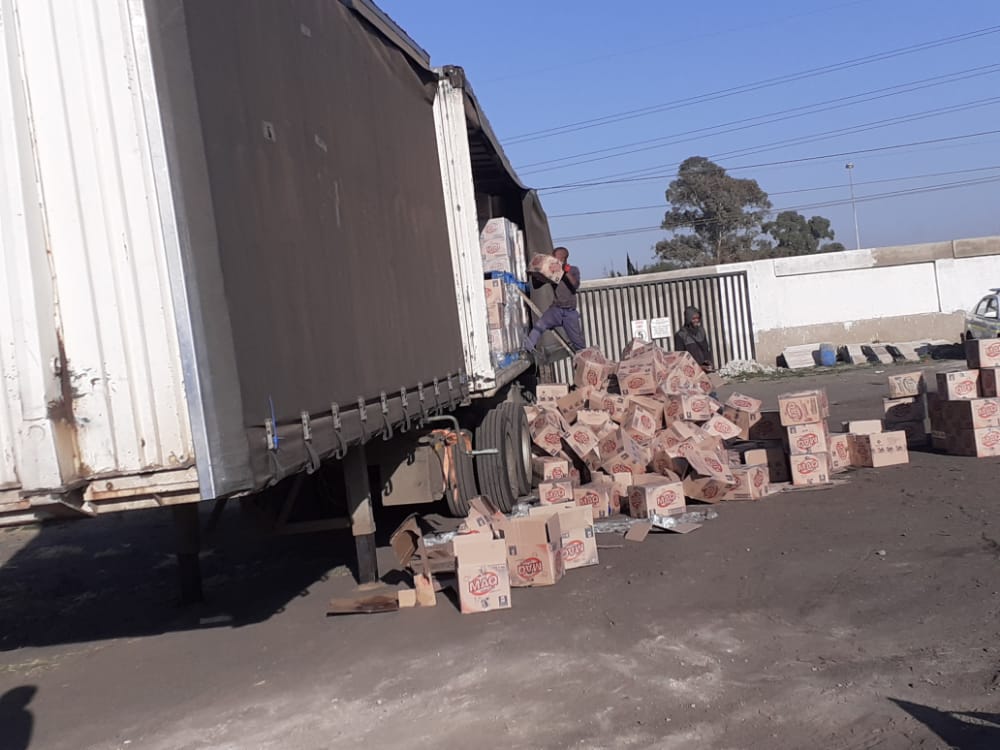 GAUTENG – Katlehong Crime Prevention was early this morning about to report for duty when they received a call about the stolen truck with goods at Moleleki ext4.

Police received a call from the owner of the truck that he tracked down his truck at Moleleki ext 4 in Katlehong. Police immediately drove to the given address. On arrival, a big trailer was found with three African males busy offloading the goods from the truck. Suspects have no chance to escape, Police apprehended all three suspects aged 28, 36, and 46 on the spot. According to the truck owner, the truck was loaded with more than sixty(60) pallets of washing powder to the value estimated to more than five hundred thousand rands (R500 000).

Further investigation revealed that the horse and trailer truck was hijacked last night at Wadeville Factory. Suspects arrested will be charged with unlawful possession of hijacked trucks, goods and they can also be charged with the truck hijacking. Katlehong Station Commander Brigadier Albertina Vesi applauds the quick respond by the Crime Prevention members. She appreciates the effort made by the members to give not even space for the suspects to escape. She further requests Katlehong Communities to work together with the police by reporting any criminal activities occurring at their presents.

Three suspects are expected to appear in Palm Ridge Court soon. Investigation in this case continues.