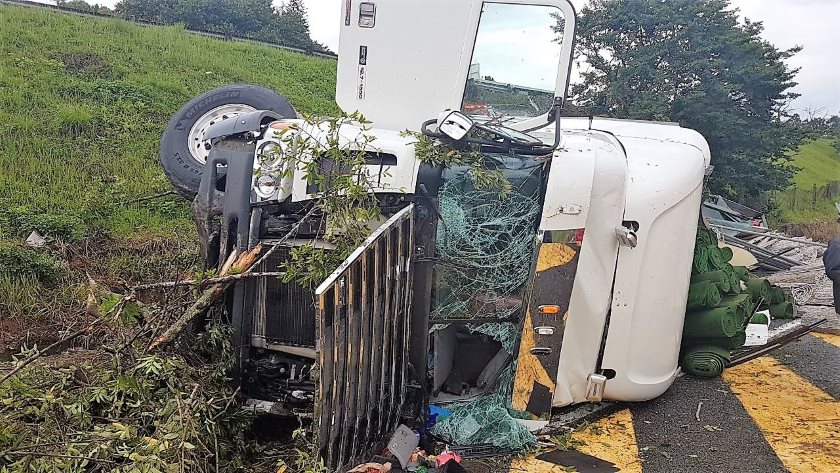 Three people have been injured after the truck they were in overturned on the M13 near Dawncliffe Westville on Monday morning.

Rescue Care Paramedics arrived on scene just before 6 am to find the single truck had somehow lost control whilst driving on the N3 and crashed through the barrier coming to rest on the M13. Three occupants of the truck had sustained various injuries and were stabilised on the scene before being transported to various Durban Hospitals for the further care that they required.

At this stage, the events leading up to the collision is unknown however SAPS were on the scene and will be investigating further.