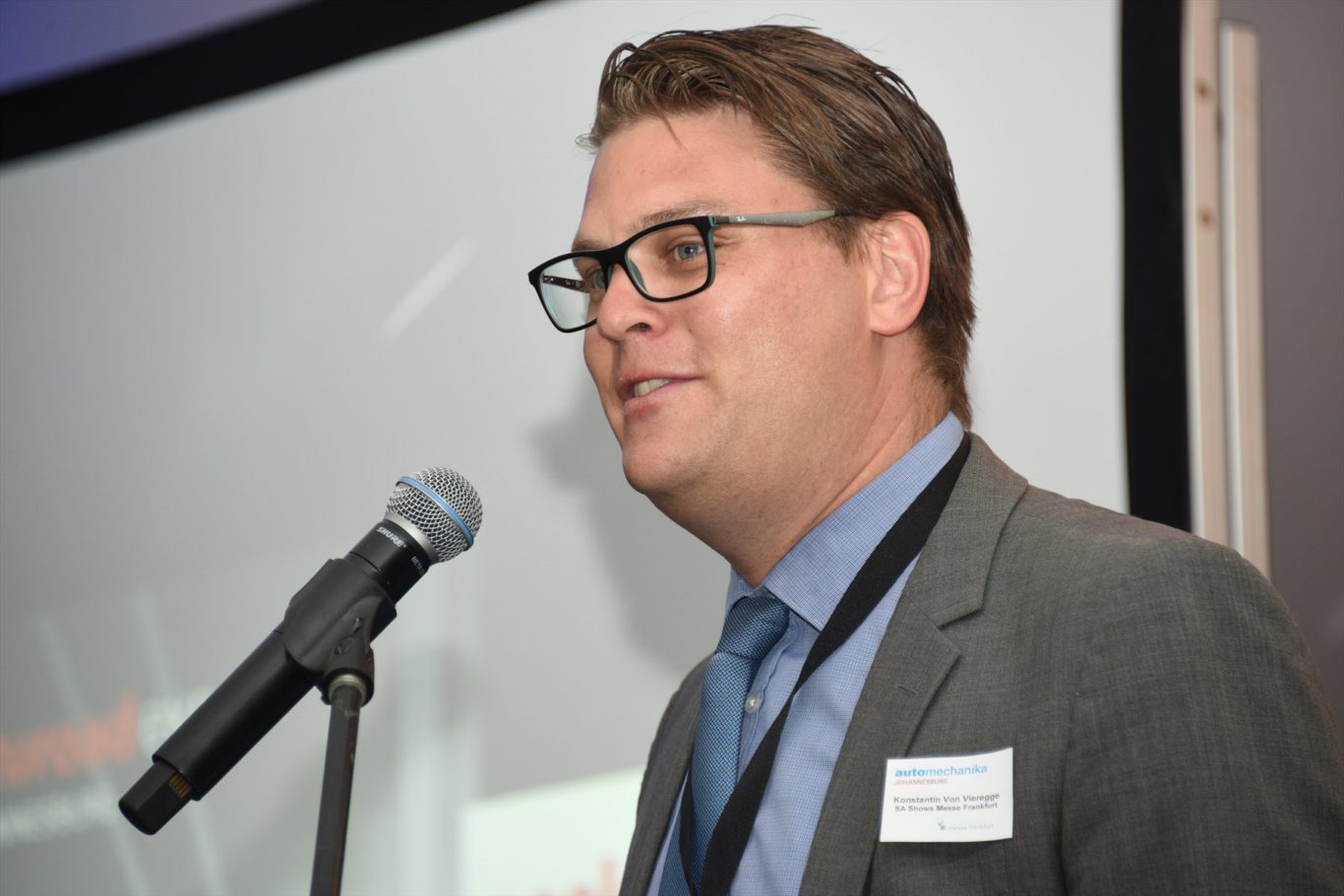 All the shows will be organised by SA Shows Messe Frankfurt, a wholly owned subsidiary of Messe Frankfurt Exhibitions of Germany. The local subsidiary, based in Sandton, is headed up by CEO Konstantin von Vieregge .

The announcement was made by Michael Johannes, Vice President for Mobility and Logistics at Messe Frankfurt in Germany, at an Automechanika Johannesburg media conference held at the SA Festival of Motoring at Kyalami last week.

“This is a huge boost for businesses operating in the automotive and transport environments not only in South Africa, but also in Sub Saharan Africa,” said Show Director Philip Otto. “We believe this will now be a particularly attractive offering for businesspeople north of our borders as we offer four specialised shows at one venue over a four-day period.

“We expect a significant jump in visitors from outside South Africa compared to the numbers that visited Automechanika Johannesburg when it was a standalone show. The new arrangement enables us to optimise the synergies that exist between the industry sectors served by these related trade fairs,” added Otto.

Next year’s Automechanika Johannesburg will mark the fifth time that this world-renowned trade fair for the automotive aftermarket has been staged in South Africa since the inaugural event in 2009. Over the years this biennial trade fair in Johannesburg, one of 15 in the world, has grown significantly both in terms of the number of exhibitors and visitors, but also regarding its importance in the African market.

Messe Frankfurt, the owner of the Automechanika brand, is in the process of co-locating the established REIFEN tyre expo brand with Automechanika trade fairs worldwide. Originally, REIFEN, which is owned by Messe Essen, was predominantly a German-based event although it had a subsidiary in China.

Other product groups, besides tyres, which will be on display at the Johannesburg Expo Centre next year, will be: Parts and Components, Repairs and Maintenance, Electronics and Systems, Accessories and Customising, Management and Digital Solutions, Car Wash, Care and Reconditioning, Safari and Off-road vehicles, Government Utility Vehicles and Trailers.

The various Automechanika product groups have been redefined to keep pace with the dynamics of the global automotive aftermarket. This includes developments such as electro mobility and the important factors of sustainability and care for the environment.

The Futuroad Expo replaces the Johannesburg Truck and Bus Show, which was previously co-located at the Johannesburg International Motor Show. The big change is that it will now be part of a four-day business-to-business trade fair instead of being located at an 11-day consumer exhibition and this change in direction has been welcomed by the local truck and bus industry.

Scalex Johannesburg 2017 is an innovative and pioneering trade fair for the logistics sector to provide a dynamic business platform for this vital cog in the global economy.

“The indispensable role of the logistic sector, with all the complexities it embraces, is a key contributor to business operations in the supply chain and a crucial element for economic growth. Logistics is very important in improving efficiencies and cost-effectiveness, particularly in the supply chain,” added Otto.

“Nowhere is this more apparent and necessary than in Sub Saharan Africa, with its large number of land-locked countries, where logistical services are very dependent on road transport and will remain so for decades to come,

“We at SA Shows Messe Frankfurt are delighted that we have been able to put together this combination of related shows which will be an important value add for both exhibitors and visitors when the gates open at the Johannesburg Expo Centre on September 27 next year,” concluded the show director.