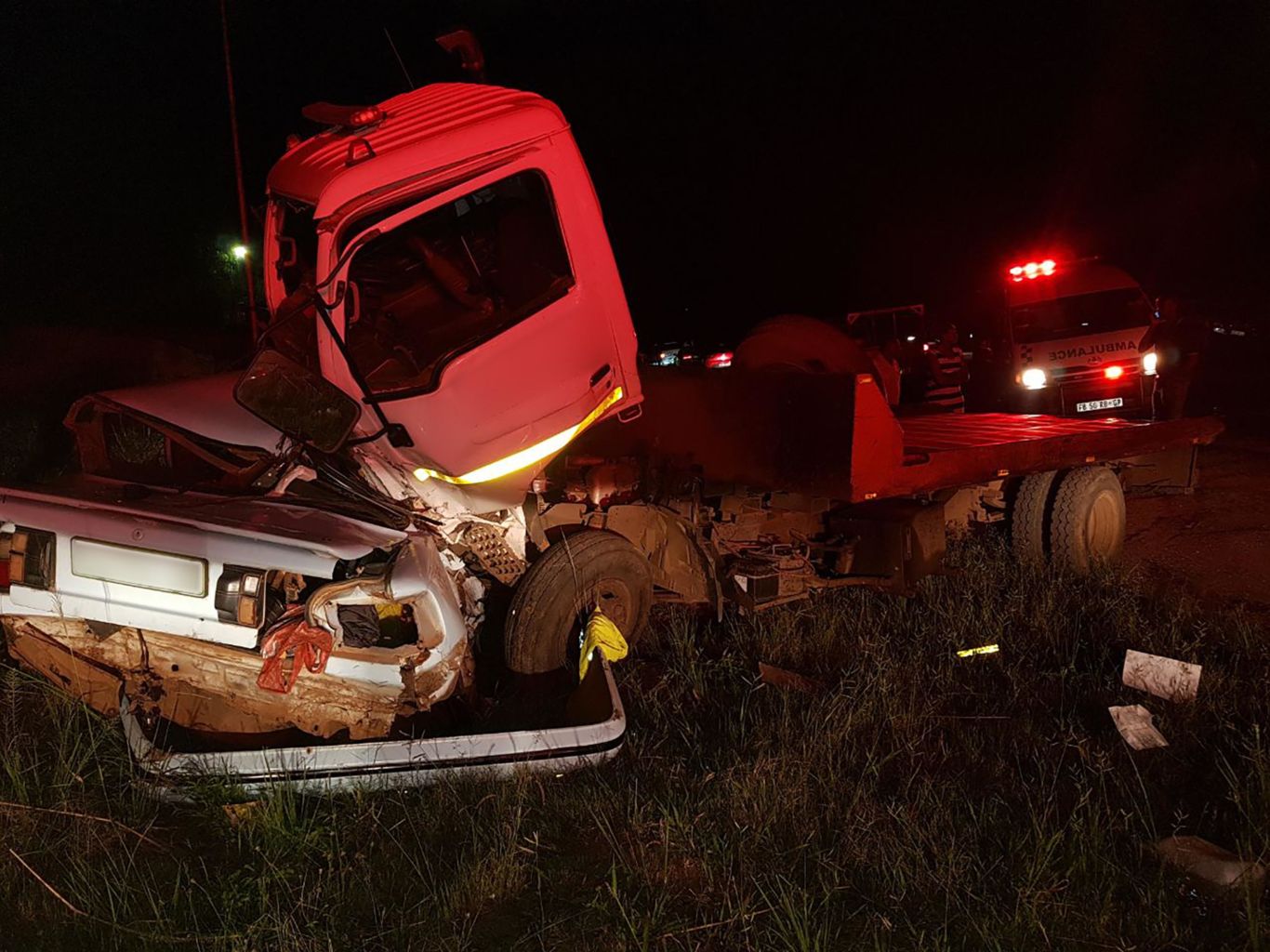 Three people were killed and five others injured in a collision between a truck and a light motor vehicle on the R36 outside of Tzaneen.

At approximately 8pm last night, paramedics from ER24 and other services arrived on the scene where they found the truck still wedged against the light motor vehicle. Three people were found with fatal injuries inside of the vehicle. Sadly, there was nothing that paramedics could do for them and they were declared dead. Five others, including the driver of the truck sustained minor to moderate injuries. They were treated on the scene and later transported to Letaba Hospital for further treatment.

The exact circumstances surrounding the collision is not yet known. Local authorities attended the scene.

Tags: R36 collision outside of Tzaneen.