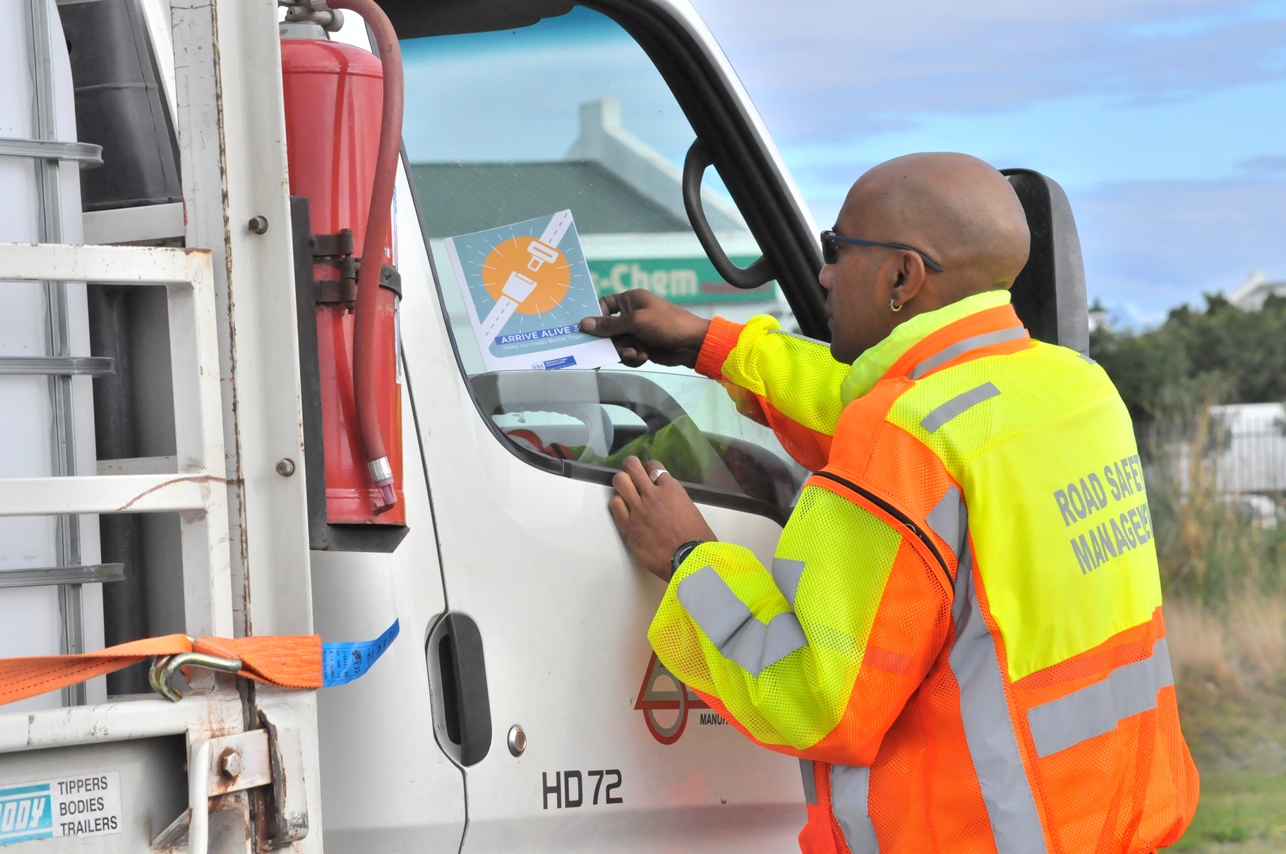 “The focus of the day was to simply say ‘thank you to the many truck drivers who play such a crucial and often unappreciated role in keeping the wheels of our economy turning,” says Naidoo. Drivers received a gift bag which included a face towel, soap, shower gel, deodorant, lip balm, sweets, and a water bottle, as a token of appreciation.

JC Auditors have conducted more than 5 000 audits over the past 15 years on numerous road freight transporters. “Over this time, we have realised that upwards of 80% of incidents and crashes relate to the driver,” explains Naidoo. “We are becoming increasingly aware that if we are to change the poor road safety record in our country, we must focus on empowering, training, skilling, and mentoring our pool of drivers. If we want our drivers to be professionals, then I believe we need a shift in the way we engage with these pillars of the transport sector.”

Around the world, driver appreciation programs have been found to have a positive effect on driver morale and help drivers to see how crucial their role is in the supply chain.

“In South Africa, truck drivers are often perceived in a negative light – with no consideration that it is also one of the highest risk jobs in the country,” continues Naidoo. “There are usual road safety risks that confront the driver every day on our roads. These include high volume traffic density, road conditions environmental/weather conditions. In addition to these normal risks, drivers in South Africa are often faced with hijacking and social unrest/protest actions – which we have seen a lot of recently.”

It is also well-known that there are not sufficient truck stops available for long-distance drivers, and many of the existing truck stops do not have adequate facilities. All these factors contribute to the challenges faced by truck drivers every day.

JC Auditors believe the acknowledgment and positive interaction with truck drivers will help to promote a safe culture amongst the driver population. “During the course of our interaction with drivers, safety reminder cards were distributed. These cards serve as a constant reminder to drivers to implement safe driving techniques and avoid negative behavior on the roads,” explains Naidoo. “We encourage drivers to fix these safety reminders in a prominent location in the cab of the vehicle so that the message is constantly staring them in the face.”

According to Naidoo, it was clear that drivers were very receptive to talking about safety and specifically, how they can make a difference in their capacities. They also were extremely appreciative of the recognition.

One driver said nobody had given him something for nothing ever before. “This has been the best day. Thank you. I will remember about safety always after this day.”

Naidoo says to have a meaningful impact multiple such initiatives will be required. “JC Auditors are already planning the next event at Highway Junction Truck Stop. We are also looking at extending this to other facilities around the country.”