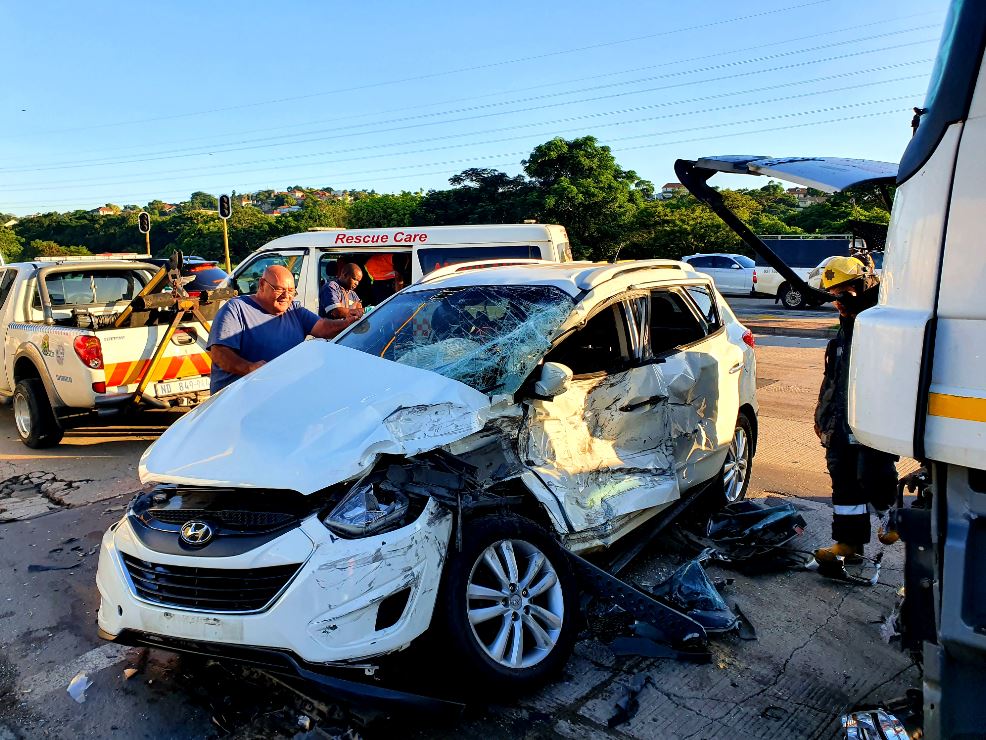 A teenager is in a critical condition after a serious collision on the M7 Titren early this morning.

Rescue Care Paramedics arrived on the scene just after 6am to find carnage. A truck had T boned a vehicle at the intersection. Immediately more ambulances and Advanced Life Support Paramedics were dispatched to assist. Paramedics found the teenager in a critical condition seated in the rear of the vehicle. After carefully extricating the patient she was placed on a manual ventilator on the scene.

Due to the severity of her injuries, the Lenmed 1 Aeromedical helicopter was called to rapidly transport the teenager to the Lenmed Ethekweni Hospital for the urgent care she required. Three other occupants from the same vehicle were stabilised on the scene before being transported to nearby hospitals for further care. The truck driver was not injured in the collision.

At this stage the events leading up to the crash is unknown however SAPS and RTI were on scene and will be investigating further.