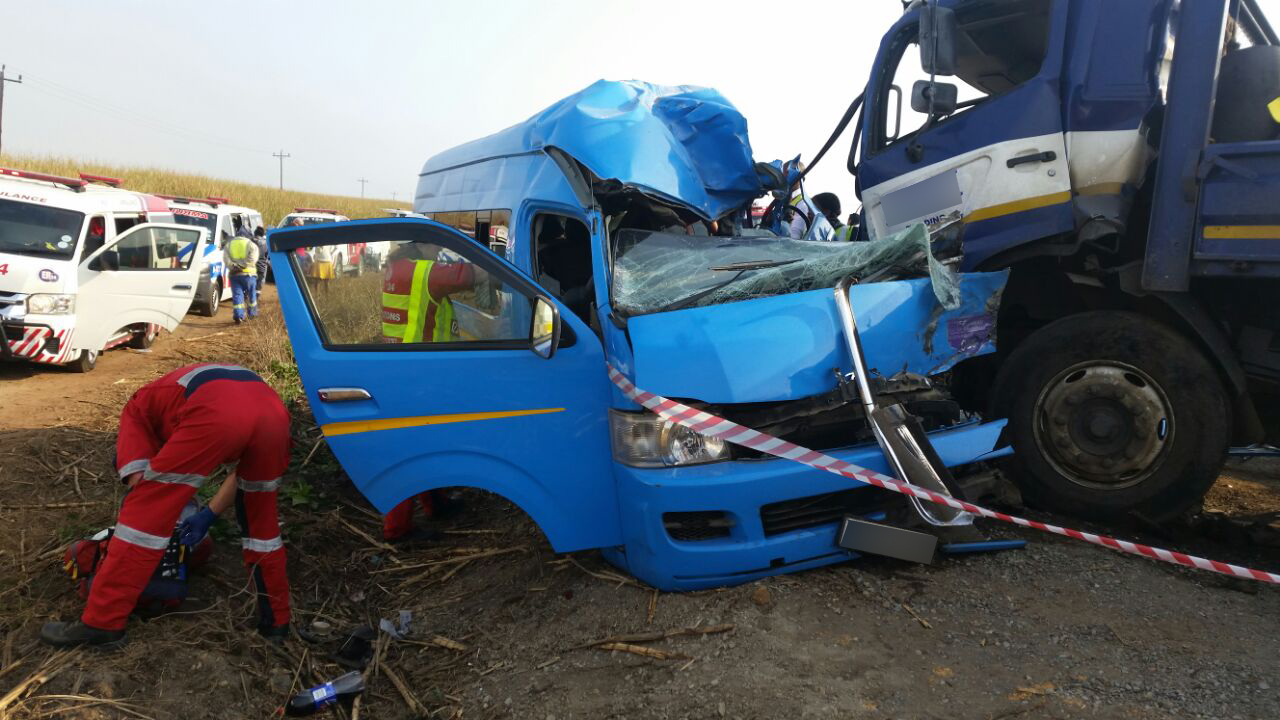 Two women were killed and another nine injured this morning after a truck and taxi collided on the R603 outside of Eston near Pietermaritzburg, KwaZulu Natal.
ER24 paramedics, along with other services, arrived on the scene and found a truck and taxi smashed together on the side of the road. The entire left side of the taxi had been ripped open in the collision.

On inspection, a body of a woman was found lying a few feet outside from the taxi. Paramedics assessed the woman and found that she had sustained numerous, fatal injuries. Unfortunately, nothing could be done for the patient and she was declared dead on scene.

Rescue services had to use the jaws-of-life equipment to free the patient from the vehicle. Unfortunately, after some time, the woman succumbed to her injuries before she could be freed, and was declared dead on scene.

Once treated, the patients were transported to various hospitals in the area for further medical attention.