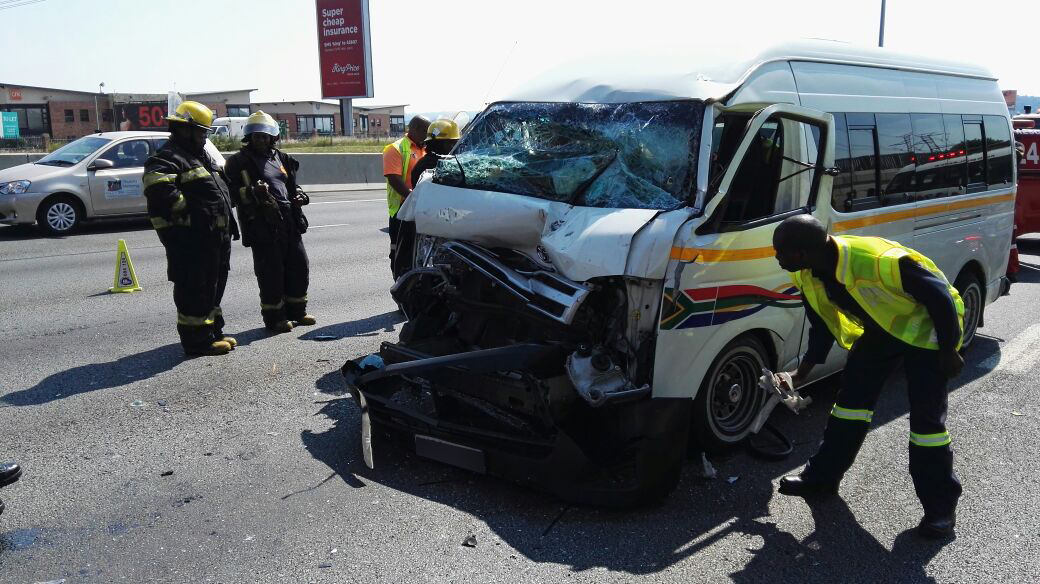 12 people have been left injured this morning after a taxi rear-ended a delivery vehicle on the N1 south-bound after the Rvonia turn-off in Rivonia, Johannesburg.

ER24 paramedics, along with other services, arrived on the scene and found the taxi and delivery van in the slow lane of the highway.

Several occupants from the taxi were found walking around on the scene while one patient was found lying trapped inside the taxi.

Local authorities closed off the slow lane while rescue services used the jaws-of-life equipment to free the man from the taxi.

Once freed, paramedics found that 11 patients had sustained minor to moderate injuries while the patient that had been entrapped was in a serious condition.

Once treated, the patients were transported to various hospitals for further treatment.

No-one from the delivery vehicle sustained any injuries.