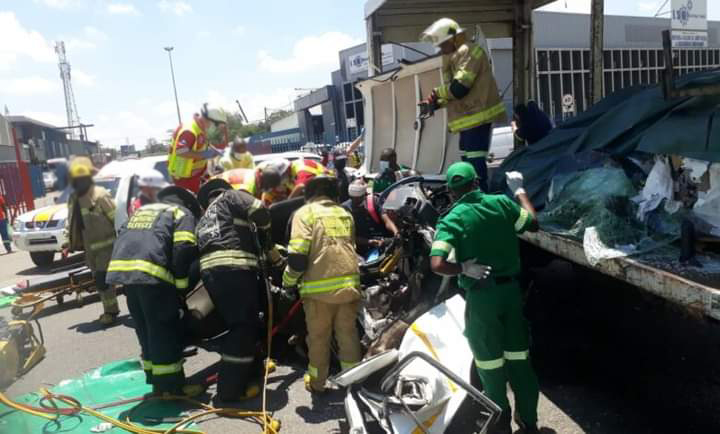 This morning, seven people were injured when a taxi and a truck collided on Tide Road in Germiston.

ER24 and the Provincial Fire and EMS arrived at 11h36 to find the taxi smashed against the truck, both in the middle of the road.

On closer inspection, medics found that a number of the passengers were trapped inside the taxi. The Fire Services had to use specialised equipment to free the patients.

Once released, medics assessed the patients and found that a man and a woman were in a critical condition while five others had sustained moderate injuries.

Medics treated the patients and provided the two critically injured with advanced life support. After treatment, one patient was airlifted by a medical helicopter to a nearby hospital while the other patients were transported by ambulance.