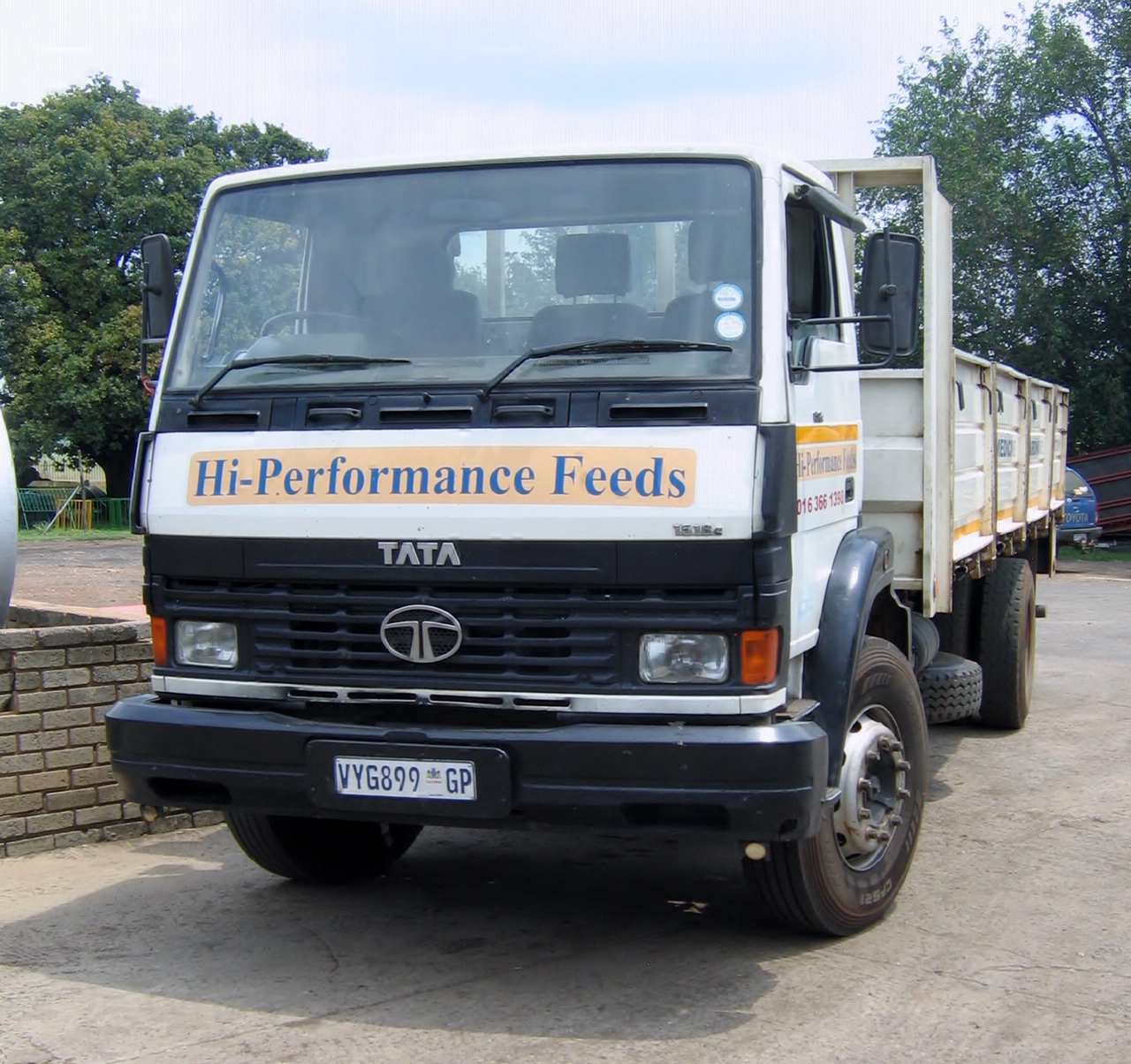 When Charles Waller and his father decided in 2007 to buy a Tata 1518 for their business, they didn’t believe that, more than a decade later, the vehicle would still be capable of hauling maximum eight-ton loads on a daily basis across Gauteng, the Free State and Mpumalanga.
Sitting in the boardroom in an office complex at the family farm and animal feed factory near Meyerton – the walls adorned by an array of certificates which attest to his achievements as the local Chamber of Commerce’s Businessman of the Year – Waller says that buying the Tata was one of the best return-on-investment decisions he and his dad have ever made.
“Without the truck, we wouldn’t have been able to expand the operational capacity of Hi-Performance Feeds as effectively as we have,” he says. “The vehicle has played a vital part in the company’s growth – and, though it’s now covered more than 1,1-million kilometres, it’s still working as hard as it ever did.”
On those grounds he and his father have decided that, with the business still expanding, they’ve got good reason to add a second Tata to their delivery fleet – the latest Tata 8 tonne dropside. “It’s an easy decision,” he says. “Before buying our first Tata, my dad and I had tried various brands. Despite being more expensive, none of the vehicles lived up to our expectations. The low cost of ownership and the latest 5 year/500 000km warranty ensured that we made the right decision.
“When we told people, we had decided on a Tata many thought we were making a mistake. But we had done a lot of research, for us affordability was a key factor, but so was the brand’s reputation for reliability and efficiency.
“We were looking for a truck that would prove robust and economical; that would be easy to manoeuvre in and out of tight spaces; that would be quick to load and off-load; that would carry eight tons of feed three or four times a day, five days a week, and not break down; that would cope with inner city routes as efficiently as it would with open road driving.
“In all the years that we’ve had it, the Tata 8 tonner has excelled in all of those areas. The engine is brilliant. It has never been opened – and neither has the diff.”
“Major services and routine maintenance are left to the local dealer. We’ve been impressed by the high levels of dedication Tata Meyerton has shown – turnaround times are quick, which is vital to our business. In our promise to farmers we undertake to deliver feed within 24 hours of orders being received. We can’t afford to miss a deadline because the truck is stuck in a workshop.”
For the most part, the Tata plies routes from Meyerton to Stilfontein, Klerksdorp, Magaliesberg, Hammanskraal and Kriel, and also delivers feedstock to retail outlets in Johannesburg and Pretoria. For 90 percent of its service life it has been piloted by only two drivers.
“Each of them finds the truck comfortable,” says Waller, adding: “In that respect, they say it’s much better than any of the equivalent rival brands they have driven.”
Though he and his father have decided to buy a new Tata, they have no intention of trading in or selling the original. “I’d like to have it repainted and the interior refurbished,” says Charles.
“When we bought the vehicle, we had no idea that it would serve us so well for so long. If you’d asked me in 2007 whether I thought the truck would last for 12 years I probably would have said no – now I’m looking to at least a 20-year lifespan, perhaps even more. So, the plan is to have it repainted and branded with Hi-Performance Feeds’ new 3D logos and to spruce up the cabin.”
He reiterates that the truck has played a pivotal role in growing the company. “It’s definitely contributed to our expansion – and it’s proved exceptionally cost effective to run and maintain.
“It has served us incredibly well and continues to do so. I’ll tell anyone who asks – Tatas are great. In my experience, the brand’s reputation for delivering uptime is well justified. This truck proves it.”