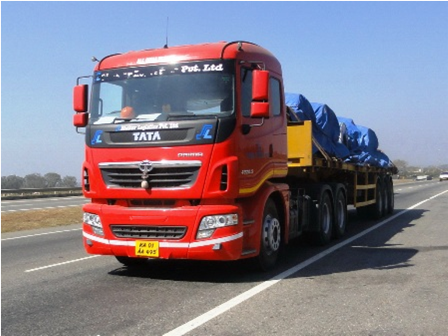 Tata Motors has increased its truck range in South Africa by filling some gaps in its product line-up as it prepares to increase its growing market share in Sub-Saharan Africa, in line with its growing penetration in the overall new truck and bus markets on the African continent.

This was announced at the Futuroad truck and bus show (September 19). Futuroad is co-located for the second time with the biennial Automechanika Johannesburg trade show for the automotive aftermarket, organised by Messe Frankfurt, at Expo Centre, Nasrec.

The new models are three additions to the base Prima and Ultra platforms, with the Prima covering the 25-60-ton GCM segment, with the top GCM mass in South Africa limited to 40 tons, and the Ultra range carries loads of 8-14 tons.

“Generally global truck and bus markets are constrained in 2019 due to problematical global, regional or country-related factors,” said Mr. Rudrarup Maitra, Head (Commercial Vehicles), International Business, Tata Motors.  He added that the Indian economy had, to an extent, been insulated from some of these negative factors, but the tide had now turned, and vehicles sales have slowed in that country too. Another challenge is that India will impose emission regulations which will require engines that comply with legislation similar to Euro 6 from April 2020.

Tata’s long-term ambition is to be one of the top three truck and bus manufacturers globally but in the meantime, it is in the top 5 in Africa and dominant in many South Asian countries near India where it holds more than 50% market share. Tata expects to sell between 9 000 and 9 500 trucks and buses in Africa this year which will ensure it increases market share. The Tata bus and truck parc in Africa is estimated at about 100 000 units.

Production constraints due to demand outstripping supply at its Rosslyn assembly plant is affecting sales, however investment into increasing plant capacity will resolve the situation in the near future. Tata Truck and Bus has an aspirational forecast of boosting sales volumes in Southern Africa by 40-45% in the next few years.

Tata Motors has five other assembly plants in Africa besides Rosslyn. These facilities are located in Kenya, Nigeria, Senegal (mainly buses), Ethiopia and Tunisia.

Niraj Srivastava, Head – Auto, Tata Distribution Vertical, Tata Africa Holdings, explained that Tata trucks and buses were basically “designed by the world”, with research and development centres in Russia (cold weather testing), and India (rough road driving), while high speed testing is undertaken at the Gerotek test track in South Africa. In addition, there is a technical centre in France and design studio in Turin, Italy.

“We have also listened to our customers in Africa and all our trucks and buses are covered by a Pan-African warranty as well as service and maintenance plans where applicable,” said Srivastava.

Tata is an Indian-based international conglomerate with more than 100 independent companies which was established more than 150 years ago. It exports to 175 countries and the South African truck and bus operation dates back to 1997, with more than 5 000 trucks having been built at the Rosslyn plant over the years.