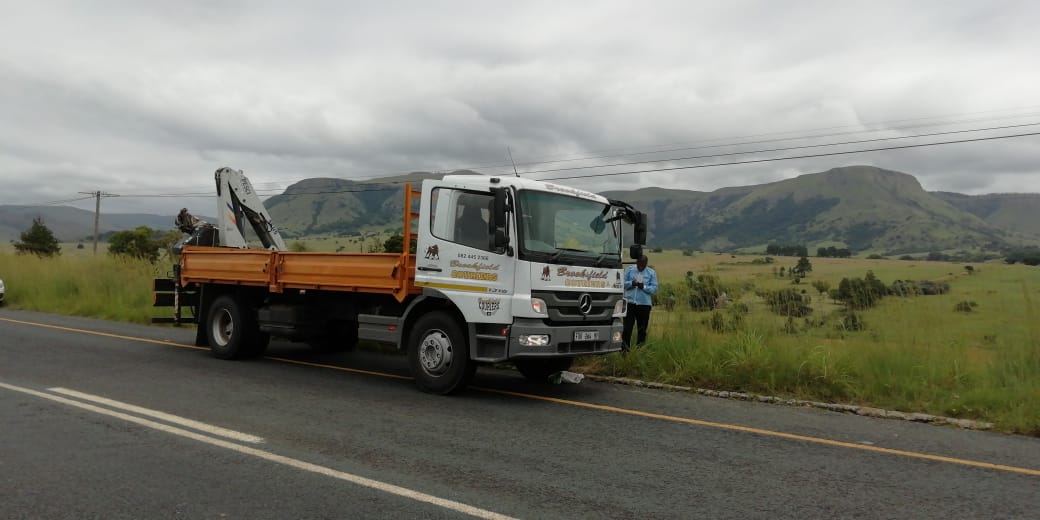 Two men aged 42 and 37 will appear at the Carolina Magistrate’s Court tomorrow, 07 January 2019 facing a possession of suspected stolen truck case. Their appearance follows after they were found in possession of the truck in question by members of the South African Police Service at Badplaas, near Carolina, after a lookout was sent by members from Delmas.

Information at police disposal suggests that in the early hours of the morning today, five unknown men, some reportedly armed with firearms, pounced on a farm at Delmas. They reportedly broke into some farm buildings, took keys of four Mercedes-Benz trucks as well as a John Deere tractor, in the process kidnapped three farm employees and loaded them into one truck that they stole.

They drove with them (employees) until they decided to drop them at an unknown place. The tractor and the other three suspects are still being sought. The arrested suspects will, after appearing for the possession charge, also be expected to appear at Delmas soon, for house robbery, house breaking and theft, theft of truck and tractor as well as three counts of kidnapping.

The Provincial Commissioner of the Police in Mpumalanga, Lieutenant General Mondli Zuma stressed that the implementation of the 72 Hour Activation Plan does yield positive results as it can be seen with the almost immediate capture of the two suspects. “The most productive method however is the cooperation of the community with the police, that always guarantee that dangerous and troublesome criminals are removed from society”, said General Zuma.

An appeal is made to anyone who may know the whereabouts of the other three suspects as well as the tractor, or be able to assist police in their investigation to contact  Capt Samson Mokomene at 072 421 9274 or the SAPS Crime Stop number, 08600 10 111.