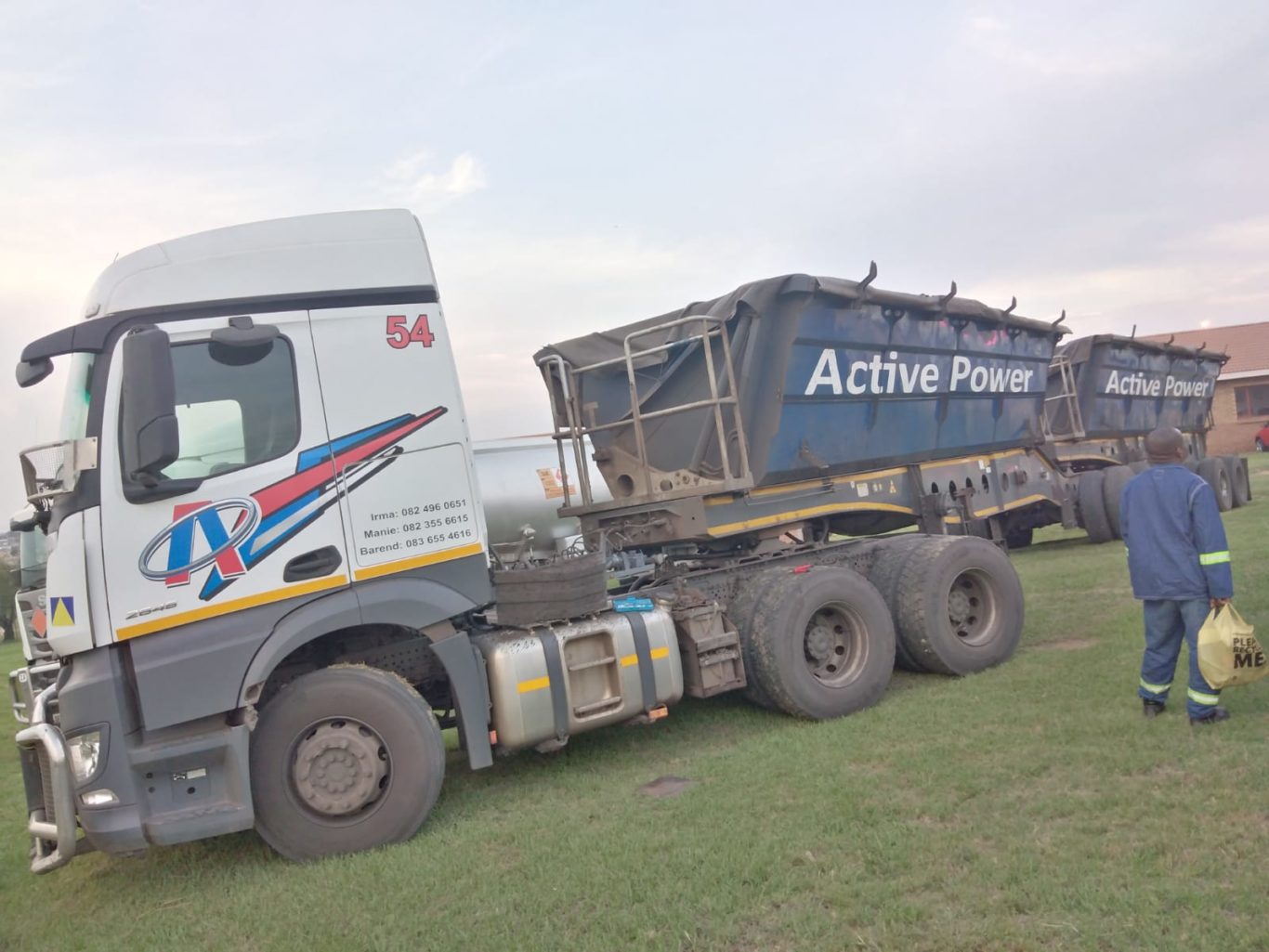 A 39-year-old man is expected to appear at the Middelburg Magistrate’s Court tomorrow, Wednesday 11 November 2020, facing various charges, including the hijacking of a truck as well as kidnapping.

His appearance stems from an incident that occurred yesterday, Monday, 09 November 2020, in the afternoon where an official from Active Power trucking company was on duty at their control room at the mine based in the Middelburg area where the truck was delivering coal. The official then saw one of their trucks taking a different direction than expected and he tried to call the driver of the truck but there was no response. He then suspected that something was wrong and decided to follow the truck as it was heading to the N4 national road towards Emalahleni.

The truck was then found parked under the bridge on the N4 road next to KG Mall off-ramp in the Vosman area. As he approached the truck, the person who was driving at the time, informed him that he was hired to drive the truck by three other men. Inside the truck, he (the official) spotted the rightful driver employed by their company. He (the rightful driver) then told the officer that he was hijacked while delivering coal at Middelburg and was held at gunpoint by the suspects who forced him to lie down in the sleeping apartment of the truck. The matter was reported to the police and the suspect, who claimed that three men hired him was arrested as well as charged accordingly.

The man will also appear at the Emalahleni Magistrate’s Court soon to face a charge of being in possession of a suspected hijacked trucks.

The Provincial Commissioner of the South African Police Service in Mpumalanga, Lieutenant General Mondli Zuma has commended the official of the trucking company for his vigilance which has made it possible for the truck to be recovered and in the process rescuing the kidnapped victim.

Police are currently searching for the remaining suspects and request anyone who may have information about their whereabouts to contact Colonel One Thobejane at 0823722195 or, Colonel David Seimela from the Middelburg Detectives at 0825565752.