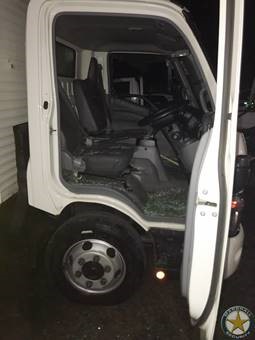 At approximately 04:00 on Sunday morning, the Marshall Security Emergency Contact Centre received a call for assistance from a security guard on a site in Umgeni Road, in the Morningside area.
The guard stated that there was an unknown male suspect on site attempting to break into the delivery vehicles.

Armed Reaction officers were immediately dispatched and on arrival they found the suspect inside one of the vehicles.
The suspect forced entry to the vehicle by smashing the drivers side window.

The man was arrested on site and handed over to the South African Police Services for further investigation and processing.