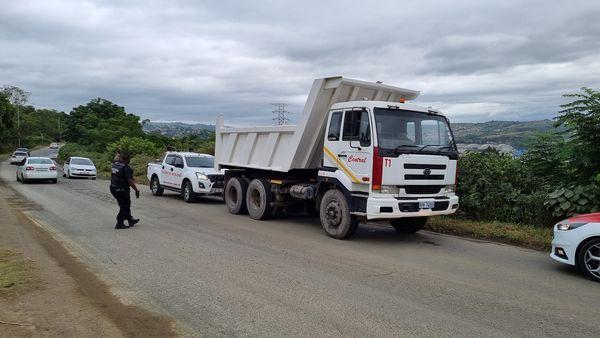 A 10 ton UD-290 tip truck that was stolen from Maydon Wharf in Durban, KZN last night was recovered in Canelands, KZN.

The owner of the truck arrived at Reaction Unit South Africa (RUSA) Headquarters in Verulam this morning requesting assistance to recover the vehicle. The tracking device indicated that it was last in the Canelands area. Reaction Officers proceeded with the owner and recovered the truck abandoned on the side of the road opposite a quarry.

According to an employee of the quarry, he noticed the truck parked at the location last night. The driver was unable to engage gears. The thief was joined by a second person who attempted to repair the broken-down vehicle.

They abandoned the truck after they failed to repair it.