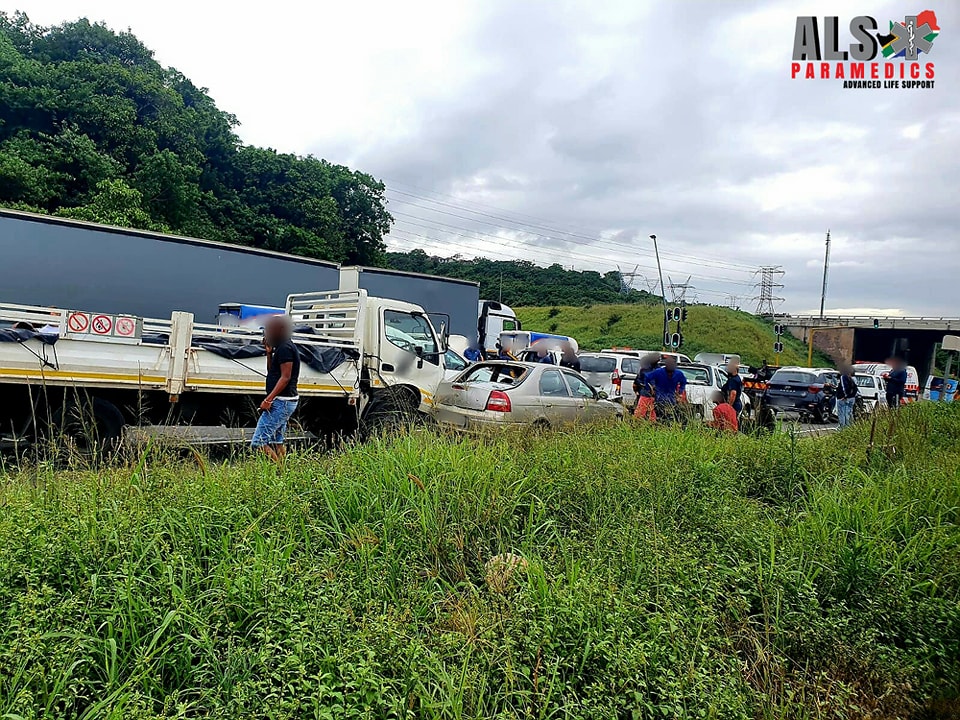 Six people have been injured in a serious multiple vehicle collision on the M7 Durban bound at the N2 interchange just after 7 am.

ALS Paramedics Medical Services arrived on the scene to find that seven vehicles and a truck had collided in the intersection. Paramedics assessed the scene and found that six people had sustained injuries ranging from minor to moderate and were stabilized on the scene before being transported to a nearby Durban hospital for the further treatment that they required.

The M7 is severely backed up due to only one lane being open and it is advised to use an alternative route.