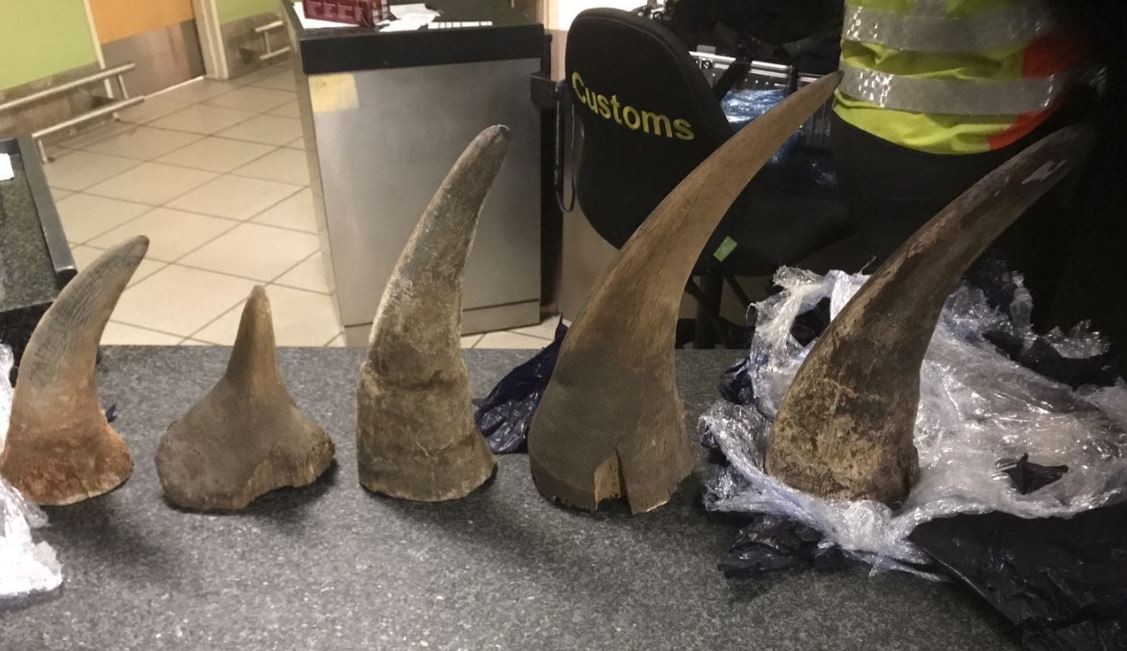 A 42-year-old man is expected to appear before the Kempton Park Magistrates Court on Friday for allegedly dealing in rhino horns and perjury.

On Monday, customs officials seized a consignment of rhino horns destined for Malaysia which was marked and declared as scaffolding equipment.

Further investigations by the Hawks’ Serious Organised Crime Investigation team led them to a shipping agent in Edenvale where the suspect was arrested and charged for illegal dealing in rhino horns and perjury.

[Photo via Save the Beasts. Stop the Slaughter ]
Tags: Rhino Horn