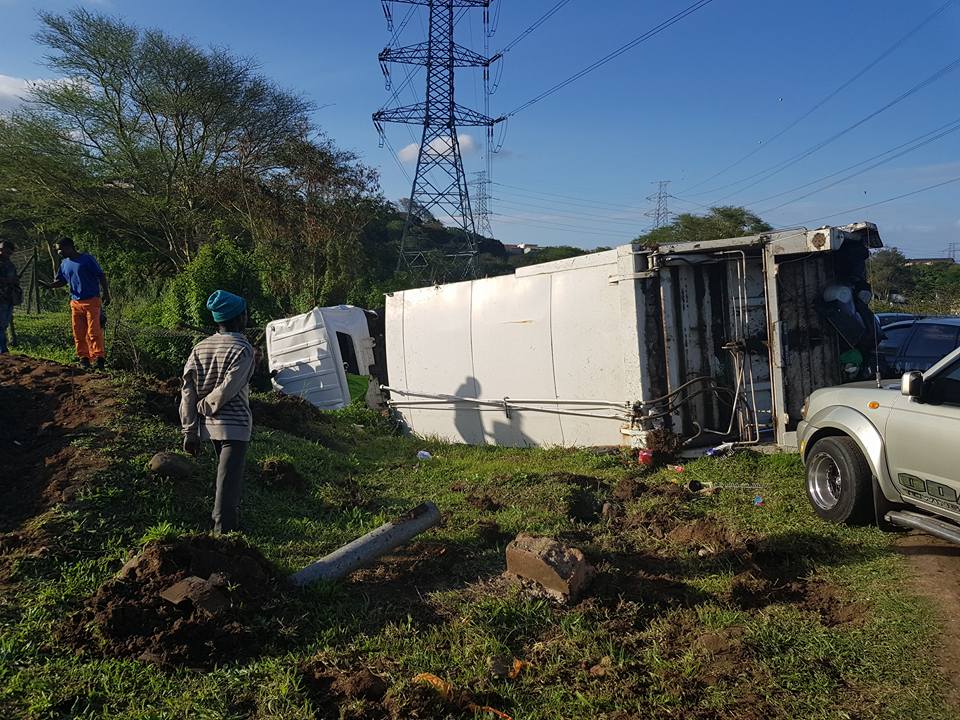 Several people were injured following a collision involving a Toyota Hilux bakkie and a bin truck on Eastbury Drive in Phoenix yesterday.

Upon arrival several private ambulances were on scene. The UD Truck was found lying in a ditch on its side. Six occupants of the Toyota Hilux bakkie were treated for moderate to serious injuries before being transported to hospital. The four occupants of the truck were not injured. Circumstances surrounding the collision has not been established at this stage.

A section of Eastbury Drive has been closed off to motorists during a salvage operation of the bin truck.