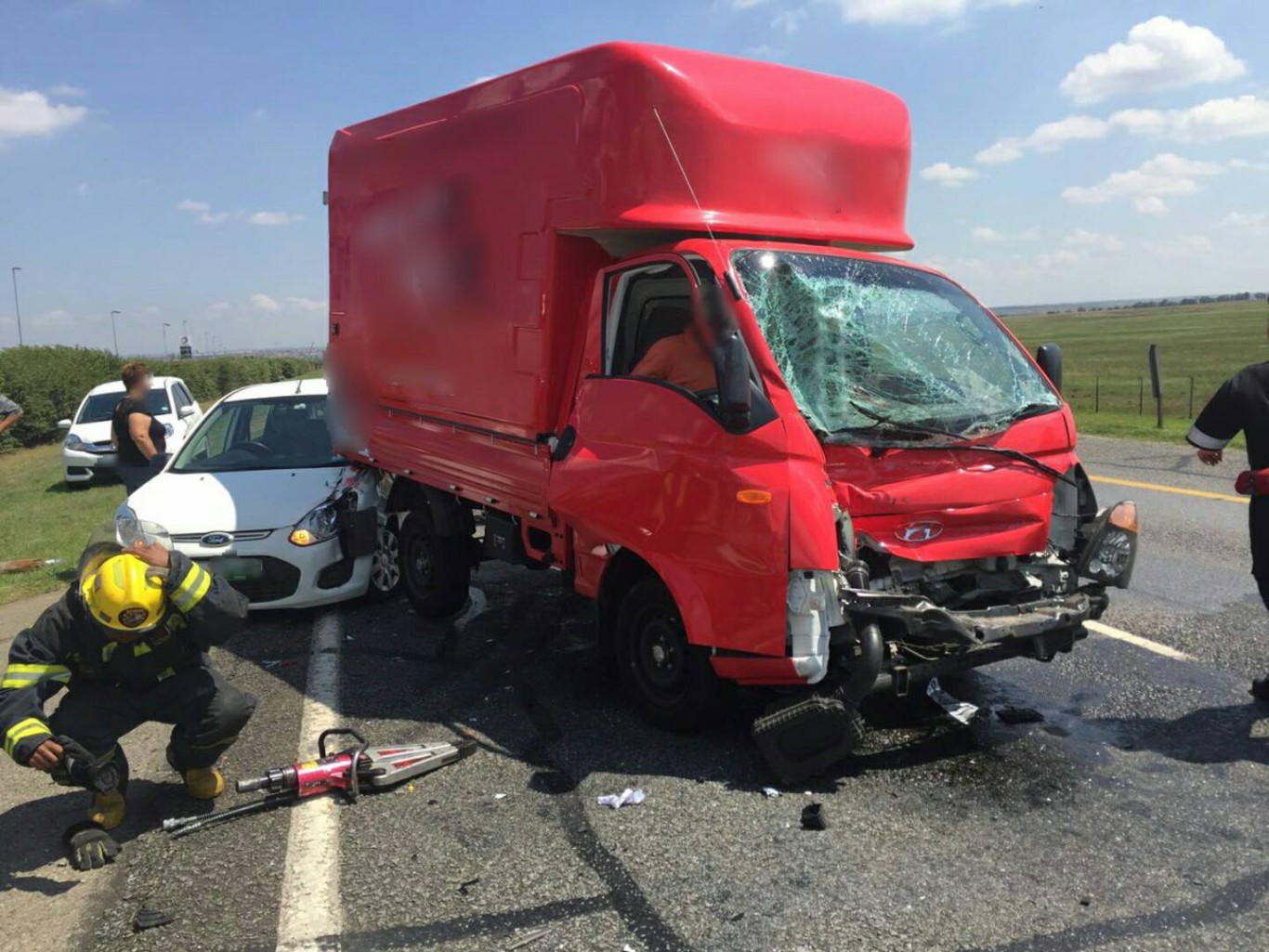 It’s alleged that the collision occurred after a truck attempted to make an illegal U-turn on the highway. A light delivery vehicle slammed on brakes and swerved to avoid the collision, but was rear-ended by a car, pushing it into the truck’s trailer. The truck driver then absconded the scene.

On arrival paramedics found that the driver of the delivery vehicle had sustained multiple fractures to his lower limbs, and was entrapped beneath the dashboard. Paramedics began treatment and provided Advanced Life Support care.

Fire and Rescue personnel were called to the scene and used the “jaws of life” to free the injured man.

Once extricated the patient was transported to a nearby hospital for further management.

Local traffic authorities were on the scene and opened a case of hit and run as well as reckless and negligent driving. 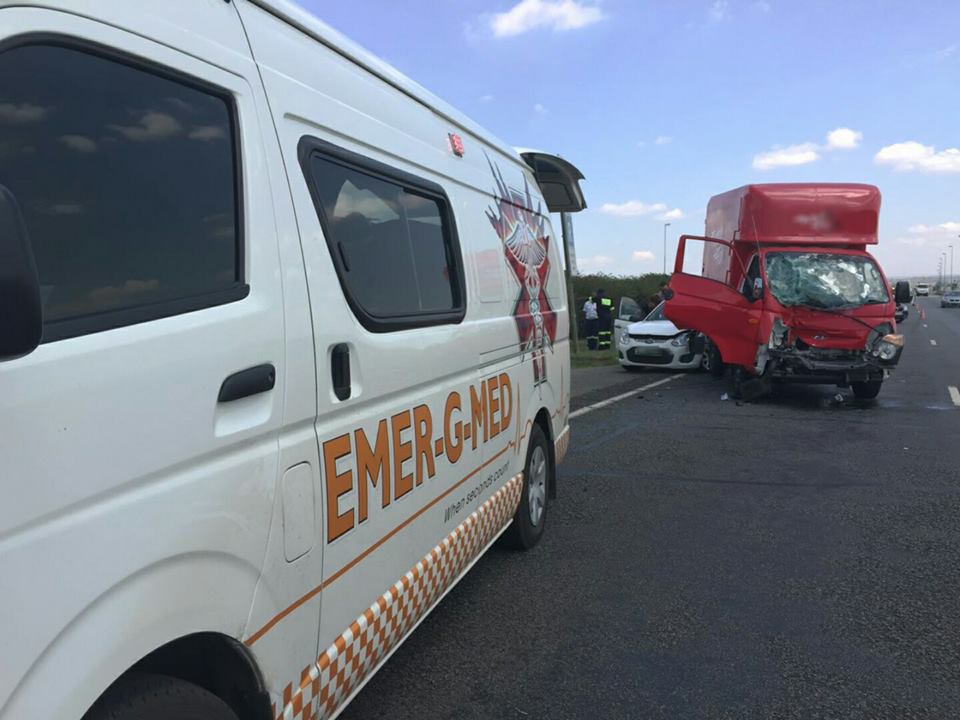 Tags: N3 South after the Heidelberg