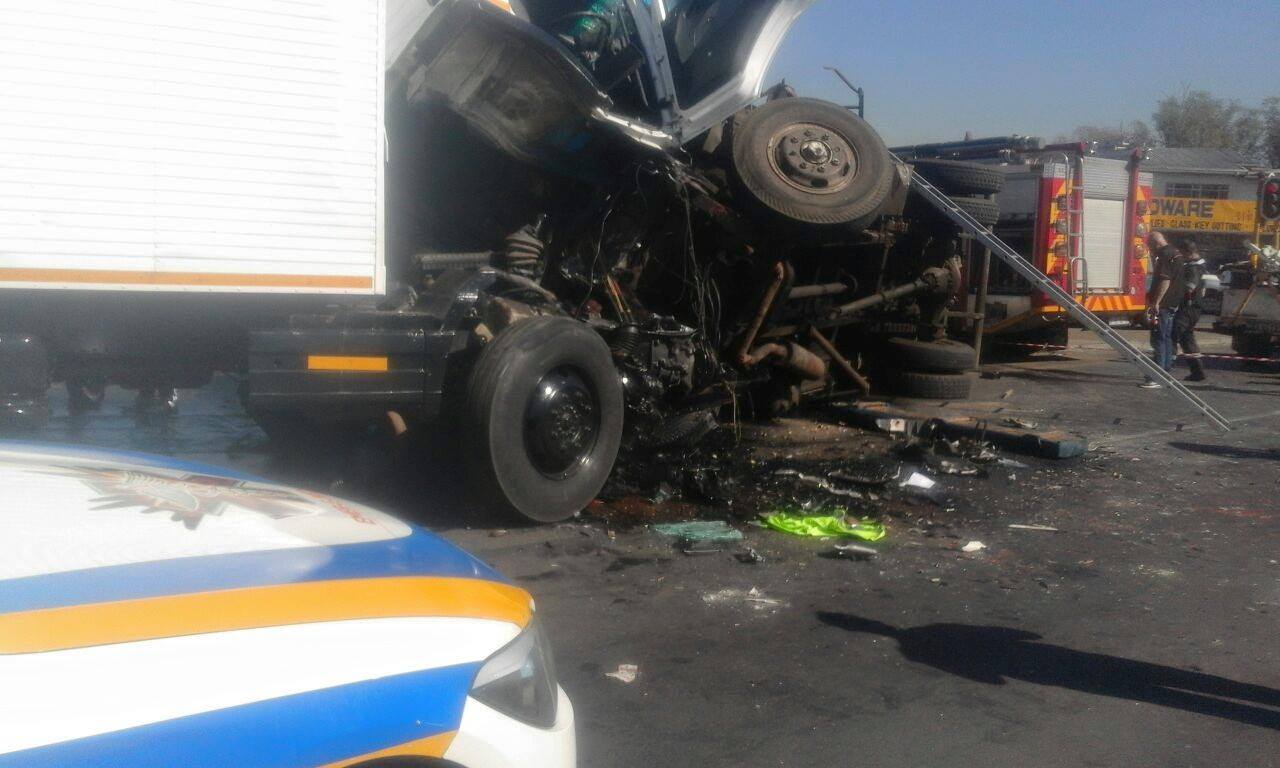 Wednesday morning just after 10am EMER-G-MED’s RV2, M02, M04, C07 and A12 responded to reports of a serious collision on the corner of Main Road and Jet Park Road in Boksburg, east of Johannesburg.

On arrival paramedics found that two trucks and a light motor vehicle had collided, leaving the car slightly damaged while the two trucks were completely mangled.

A total of four people were injured in the collision. An occupant of one of the trucks was heavily entrapped within the wreckage, having sustained serious injuries. The three remaining patients were lucky to escape with only minor to moderate injuries.

Paramedics worked to stabilise the trapped patient, providing Advanced Life Support. While Boksburg Fire Department crews worked seamlessly, using the “jaws of life” and other rescue equipment, to cut the injured man from the crumpled remains.

Once freed and stabilised, the four injured patients were transported to a nearby hospital for further management.

The cause of the collision is unclear. EMPD were on the scene to investigate. 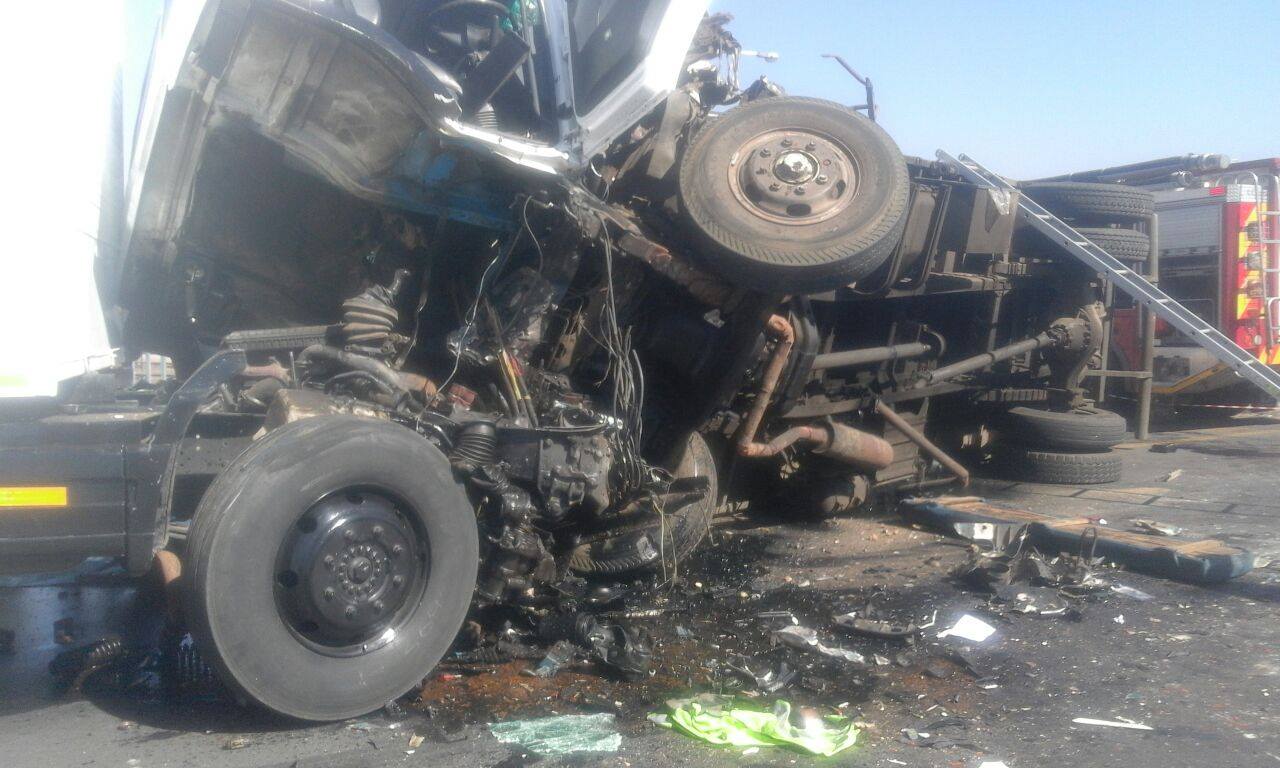