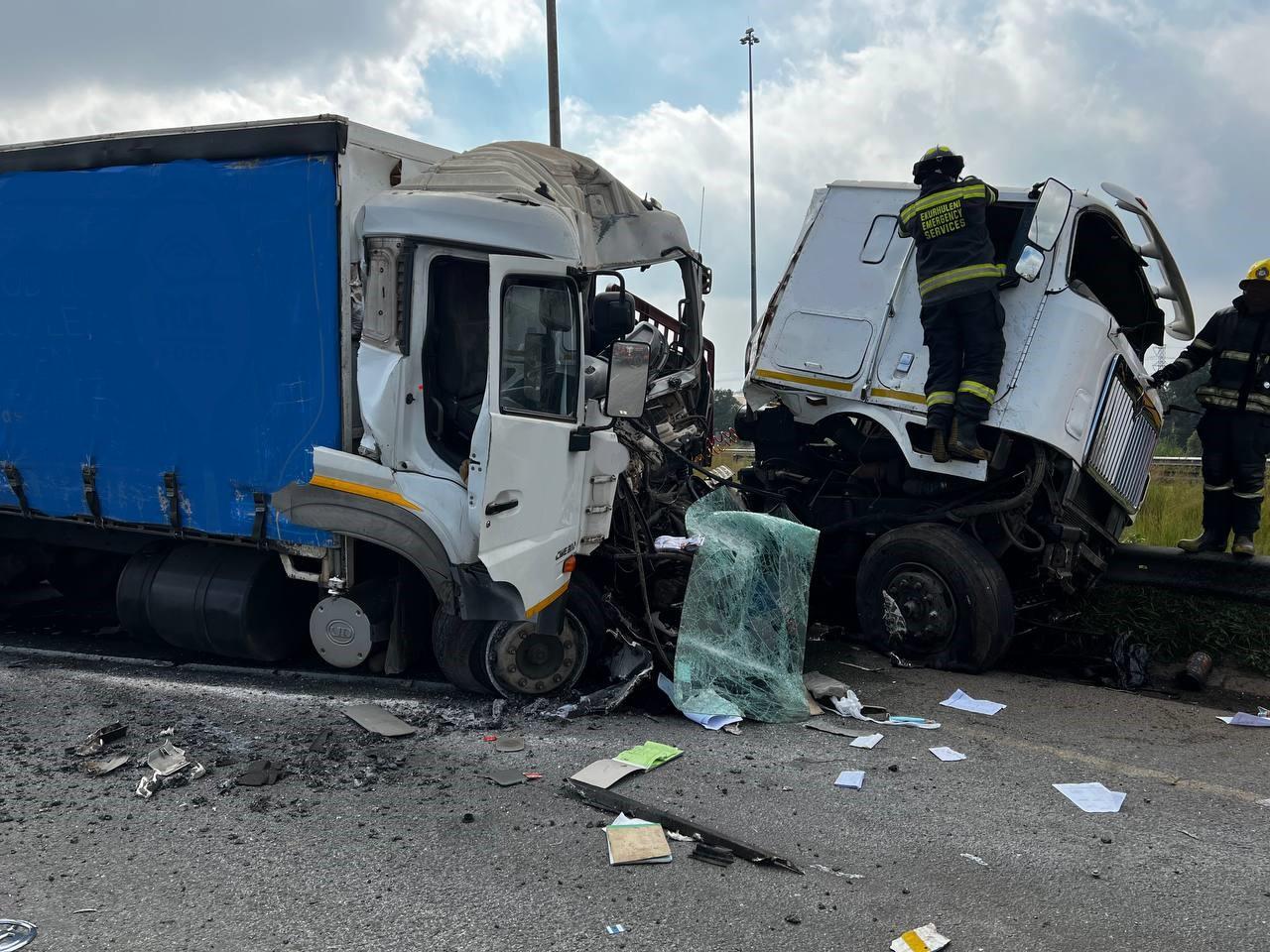 Netcare 911 responded to a collision on the N3 South at the Geldenhuys Interchange in the East Rand, direction, Heidelberg.

Reports indicate that two trucks and a kombi were involved in a collision.

It is believed that a Pantechnicon truck missed the off-ramp, left the road, crashed through the safety barrier, went down and back up an embankment, through the second safety barrier back onto the freeway where the truck slammed into another truck and kombi.

Medics assessed the scene and found that seven people had sustained moderate to serious injuries.

The patients were treated on scene by Netcare 911 and Emer-G-Med Paramedics.

Once stabilised, all the patients were transported by various ambulance services to the hospital for further care.