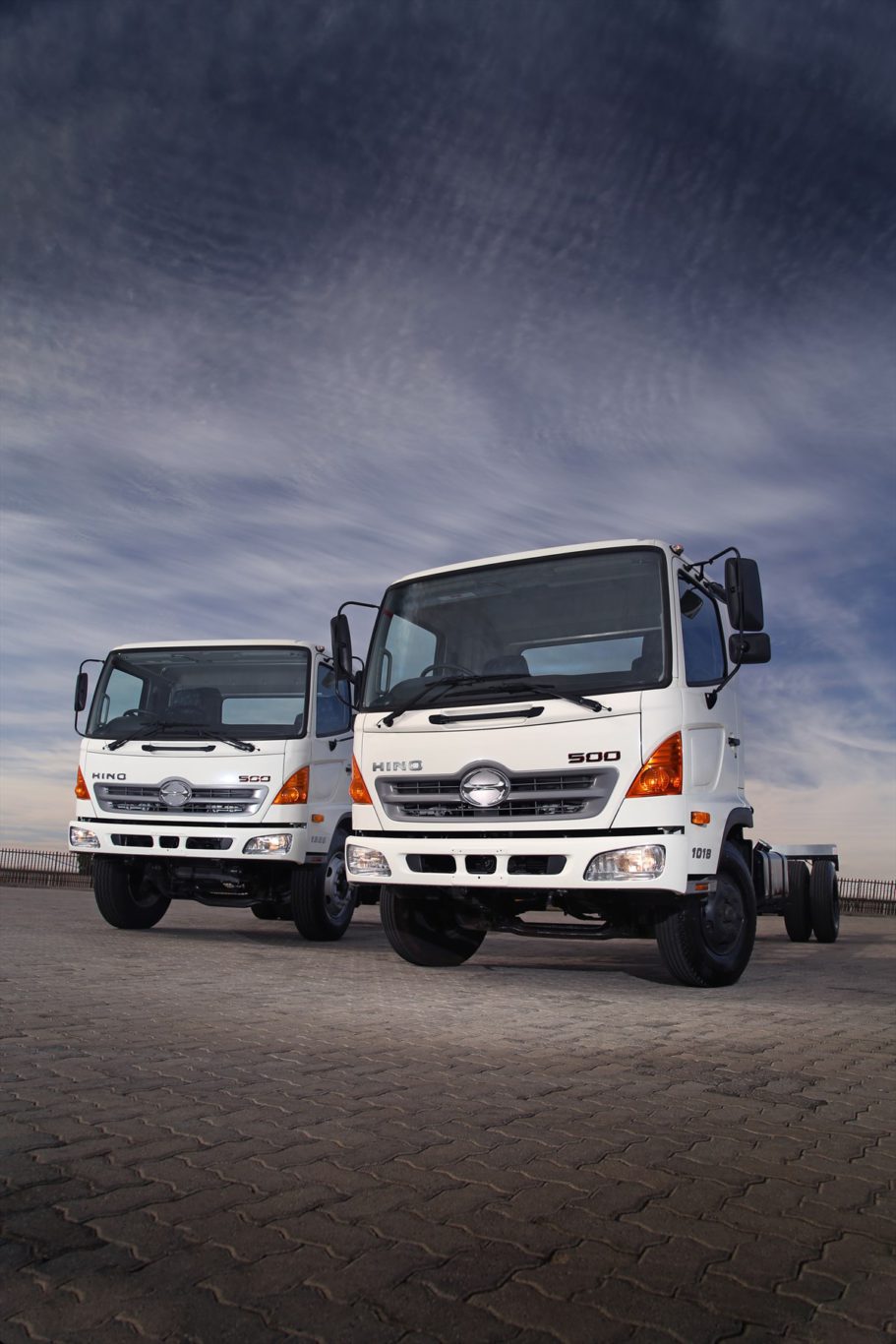 A number of running changes are taking place in the Hino 500-Series range between August and the end of the year.

Two of the changes are regulatory and involve the fitment of a speed limiter and anti-skid brakes (ABS) while there are related product changes relating to the engines.

Common rail fuel injection has to be installed on the J08E engine to permit the fitment of the speed limiter, which means emission compliance moves from euro2 to euro 3, with improved power output. For example, the engine fitted to the 1017 model currently puts out 121kW of power and 496N.m of torque. These figures move up to 129kW and 500N.m in the renamed 1018 model. The installation in the 1324 tipper and freight carrier models is rated currently at 170kW and 710N.m and moves up to 184kW and 739N.m in the renamed 1326 models.

Changes to the engine – euro2 to euro3 – and the fitment of a speed limiter to the 1322 four-wheel drive model will only take place in March 2017. ABS is not a required for this model. AT the same time a single wheel rear axle will be introduced, which improves off road handling capabilities and makes for more efficient operation in sandy conditions. The single wheel fitment will also have a benefit in terms of improved fuel consumption.