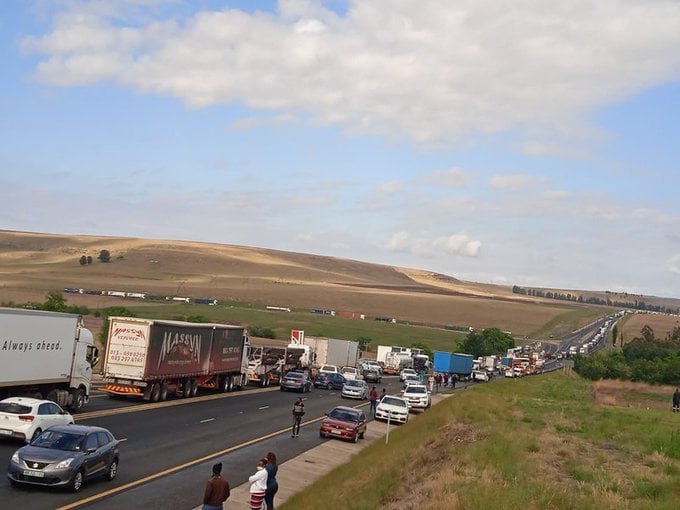 Following a blockade on the N3 Thursday morning, police have taken a number of truck drivers in for questioning after their trucks were found parked across both lanes of the N3 near Van Reenen.

In the early hours of the morning police were notified of the blockade and responded to the scene. Police officers found that the trucks were abandoned by the drivers who removed the keys before they left.

Police were able to locate the drivers and the keys for their vehicles. The trucks were removed and traffic is able to move albeit very slowly.

Motorists were urged to avoid the area until traffic is flowing smoothly. Additional police officers have been deployed to the area to ensure no further blockades on the route.

05h27 04/12 #N3Traffic: There are currently no reported incidents disrupting the flow of traffic along the #N3TollRoute between Cedara I/C 96 and Heidelberg South I/C 59. Thank you for sharing the road responsibly. Please drive safely.