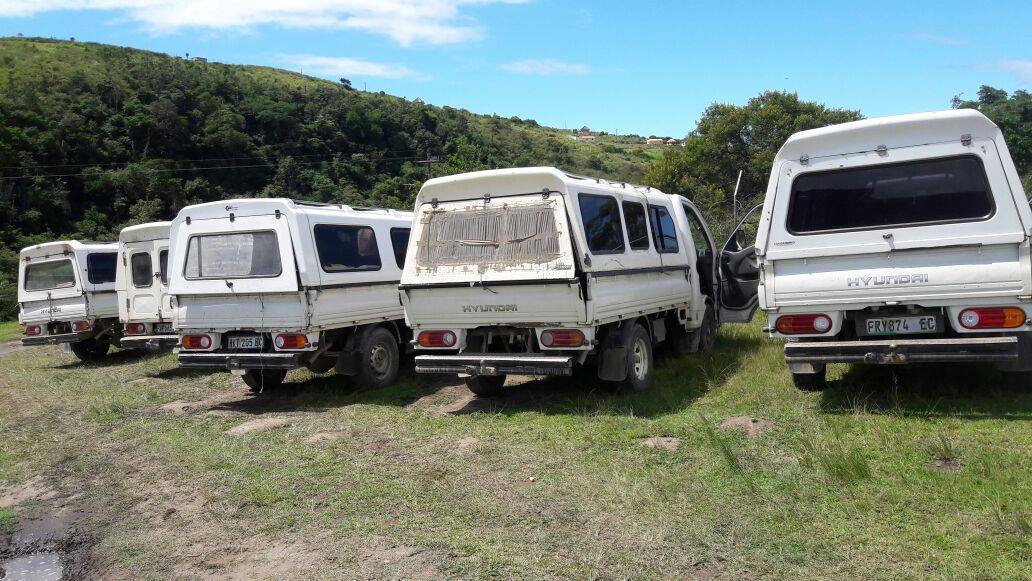 During an intelligence-driven operation conducted by Mthatha K9 Unit and Mthatha VCI members in the early hours of 29 – 30 January 2018, a total of (10) ten Hyundai H100 mini trucks were recovered at Ntshilini locality and Nqgeleni town.

All the vehicles’ engine numbers were tampered with. Each vehicle is estimated to be worth R120 000.00. The vehicles were all found abandoned.

The same operation yielded good results when a 31-year-old man was arrested in Nqgeleni town today, 30 January 2018 at about 08h00. Members attached to the K0 Unit were conducting patrols when they found the suspect who is a taxi driver in possession of a homemade rifle hidden next to the engine of a Quantum he was driving. The vehicle was also confiscated and the rifle will be sent for ballistic testing to ascertain if it was used in any taxi violence-related incidents occurring in our area. The suspect is expected to appear in court soon facing a charge of possession of an illegal firearm

Eastern Cape Provincial Commissioner, Lieutenant General Ntshinga applauded members for this great breakthrough. “Our job is to restore law and order in Mthatha and its surroundings, every breakthrough we achieve take us a step towards our objective,”