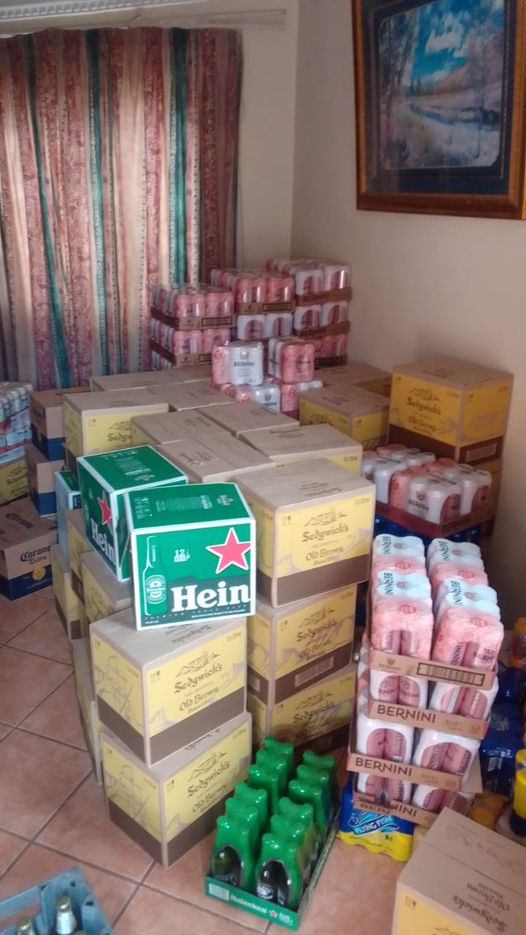 Swift response by the NMB District Crime Combatting Unit (CCU) to information received led to the speedy recovery of a hijacked truck and liquor in Motherwell yesterday, 3 February 2022.

It is alleged that at about 13:30 on the mentioned date, liquor was being delivered to various taverns in the Motherwell area. In Zweliyazuza Street in NU2, the driver and his assistants were approached by armed men who ordered them to get into the truck and drive towards Mnundu Street in Nu11. The liquor was offloaded at a house. The driver and his assistants managed to escape. The community also looted liquor from the truck.

At about 14:25, while NMB District CCU members were conducting operations in Kwazakele, they received information of a hijacked liquor truck stationary in Mnundu Street in NU11 and that the liquor is being offloaded. The members immediately responded and found the truck still idling with the community’s busy looting. Liquor to the amount of R156 000-00 was retrieved from the nearby house. No suspects were found at the scene.

A case of truck hijacking is under investigation.

Acting Nelson Mandela Bay District Commissioner, Brig Thandiswa Kupiso is warning communities that if they are found in possession of the stolen property, they will be arrested and charged. ‘Actions such as this carried out by the community is a criminal act. We urge communities to report these suspicious activities instead of engaging in them,’ stated Brig Kupiso.