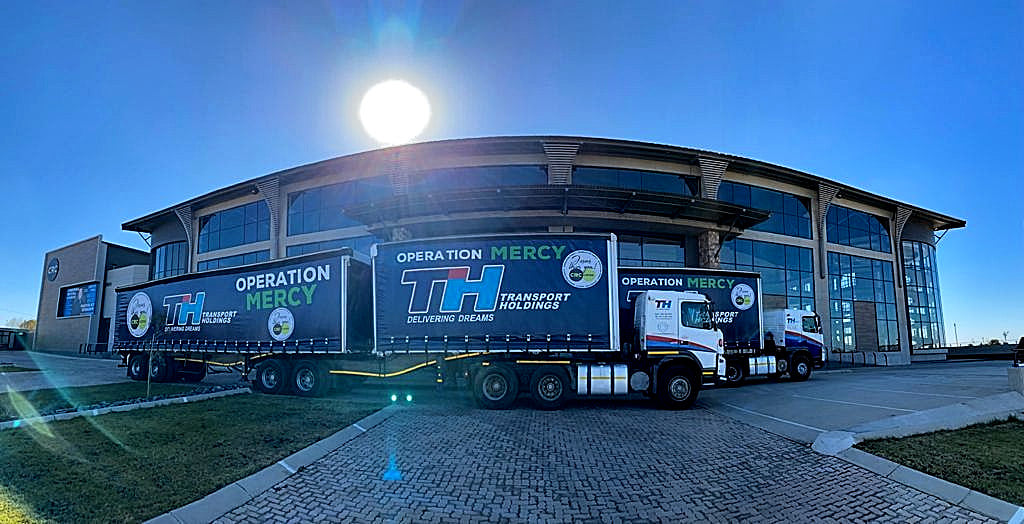 The recent civil unrest and criminal activity and looting in KZN have had a significant impact on the lives of many needy citizens in especially KZN and Gauteng. It has also brought out the best in many South Africans who have shown care and kindness. It is our pleasure to share the following media from Fleetwatch and ER24:

Fleetwatch – July 23rd: On the stroke of midnight, a convoy of 10 interlinks belonging to Transport Holdings (TH) started up and left Johannesburg for Durban carrying a large variety of non-perishable food and other essential goods such as nappies and toilet paper which are being donated to the needy in the areas of KZN most affected by last week’s violent unrest.

Operating under the banner of ‘Operation Mercy’, this project is an initiative of the Christian Revival Church which is one of the country’s largest churches. Other organisations which have participated in ‘Operation Mercy’ include Rhema Churches, Tintswalo Group, Joint Aid Management, Hot 102,2 FM, Hot Cares, Future City Fourways and the Fidelity Group. Donations were called for across the country and an indication of the way South Africans opened their hearts to this cause is evident by the fact that initially, TH allocated just two interlinks for the journey.

It ended up with ten rigs heading out onto the N3. FleetWatch lifts its hat to all behind this effort but especially to Transport Holdings which has provided the transport free of charge to the cause. The costs of such a journey are huge and yet TH has shown that when South Africans are suffering, the truckers always step up to the plate. I just love the heart of this industry. Salute to Transport Holdings and safe travels to the drivers and security escorts. 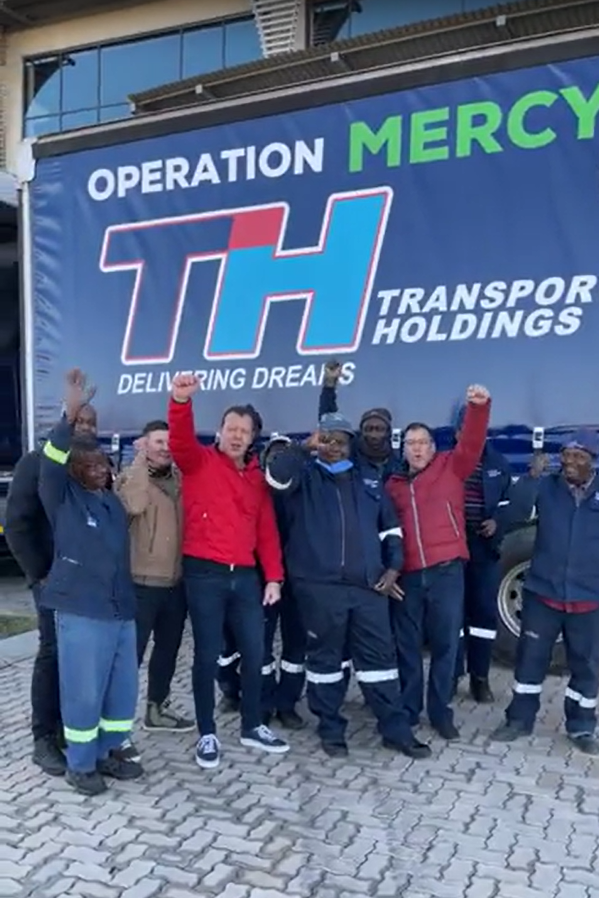 This is an operation consisting of raising various non-perishable foodstuffs desperately in short supply in KwaZulu Natal.

On Thursday all the goods were loaded onto the several sponsored trucks.

The trucks will form a convoy escorted by Fidelity Security Services and SAPS Reservists from Johannesburg, as well as certain community members, and will be transported to Durban non-stop to the planned reception and distribution centre at Moses Mabhida Stadium.

Thank you to all the roleplayers and sponsors for this initiative. 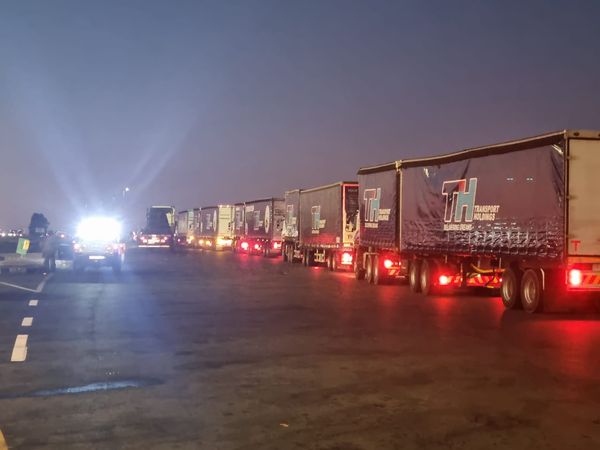 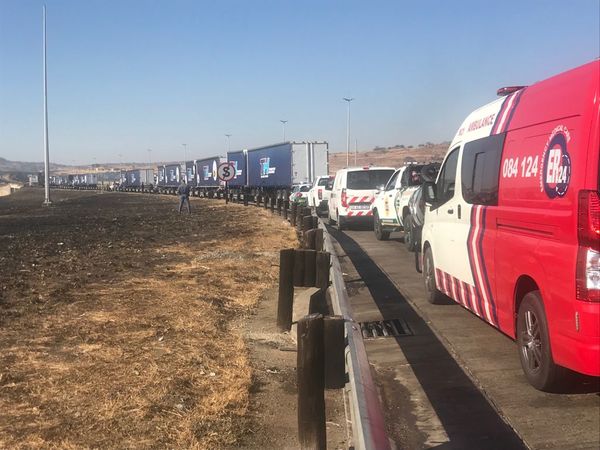