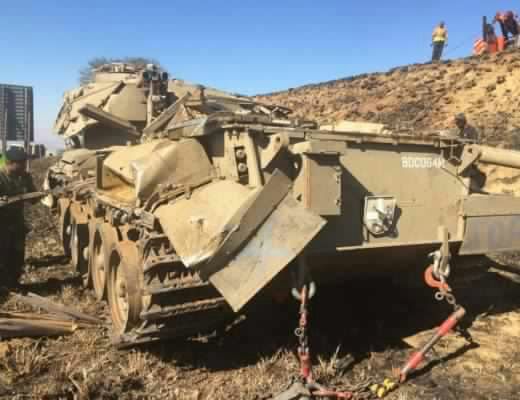 An abnormal load carrying truck and the army tank it was transporting overturned last night (February 13) on Oliviershoek Pass.

It is believed that the driver lost control of the vehicle.

One person died and two others were injured, one of whom was critically injured.

Emergency personnel responded to the scene and treated the injured who were then taken to the hospital.

During the course of today (February 14), the tank and carrier will be removed.

At the moment, there is a ‘stop and go’ on Oliviershoek Pass to allow traffic to flow.