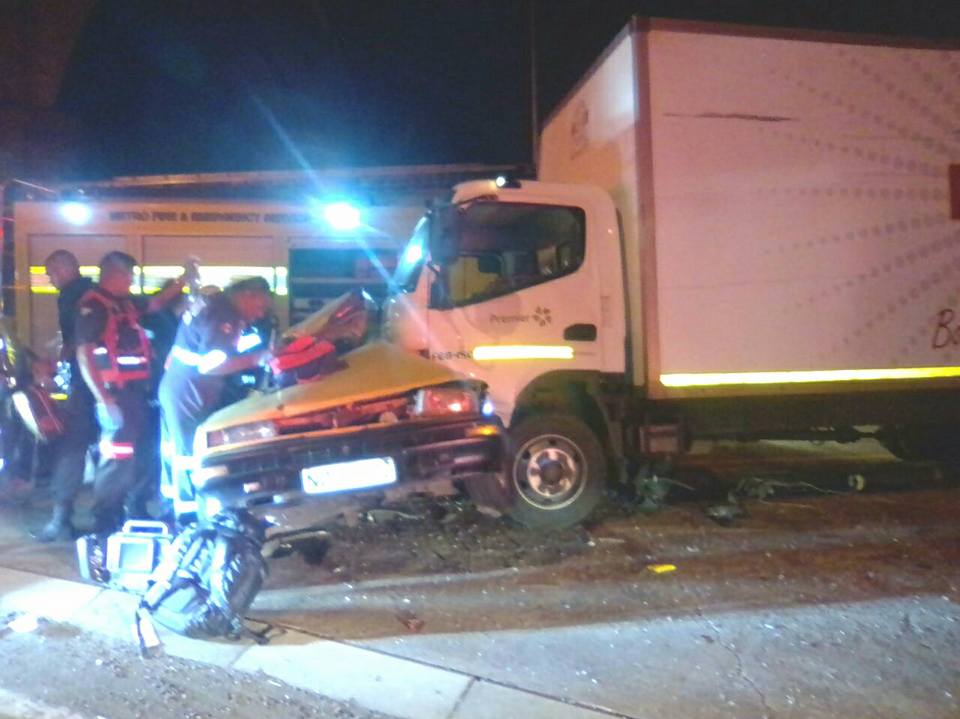 One person has been killed and a second person injured following a side impact collision involving two vehicles at the Canelands robots last night (Sunday).

At approximately 22:17 members of Reaction Unit South Africa were called out to the scene by passing motorists reporting the incident. Upon arrival an Isuzu truck and a Toyota Conquest were found to be involved in the collision.

A passenger in the Toyota Conquest was killed on impact while the driver was in a serious condition. The jaws of life had to be used to free the injured man and the deceased’s body. Paramedics stabilised the driver on scene before transporting him to Osindisweni Hospital.

The driver of the truck was not injured.