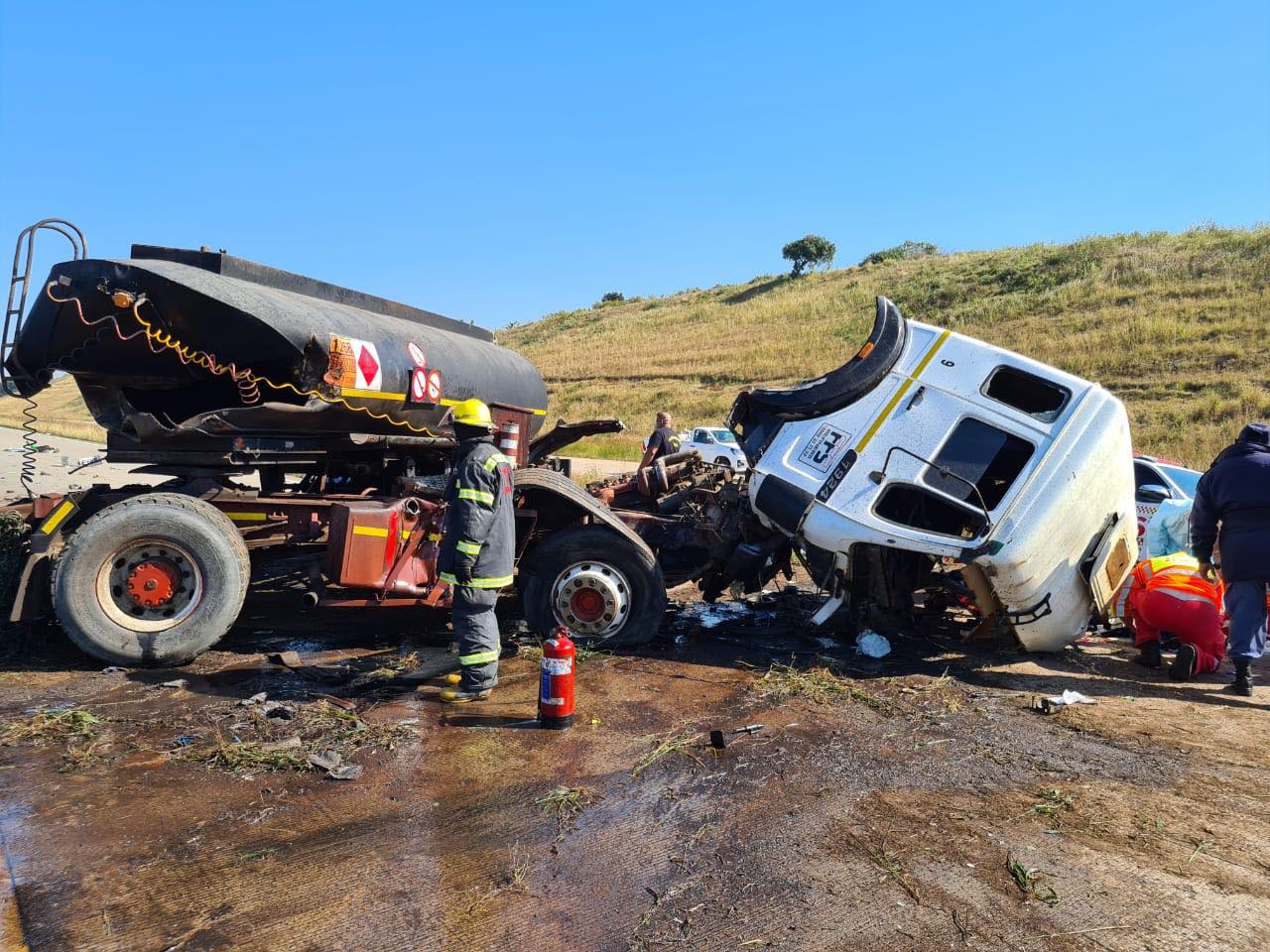 Earlier yesterday afternoon IPSS Medical Rescue responded to a serious high impact collision on the N2 Southbound lane, just past the crocodile creek.
As per eye witness accounts, it is believed that the driver of a truck traveling on the Northbound lane towards Ballito, lost control of his vehicle before crossing over the centre median, colliding head-on with another truck.
The driver of the truck that crossed the centre median sustained fatal injuries and was declared deceased by IPSS paramedics shortly after arrival. The passenger of the same truck sustained critical injuries. Whilst under the care of advanced life support paramedic, rescuers worked to free the man from the wreckage. Due to his injuries, the patient was airlifted to hospital.
The driver of the second truck was lucky to escape with only minor injuries.
The N2 Southbound lane was closed for the majority of the afternoon to allow for recovery and clean up operations.
Tags: Ballito N2