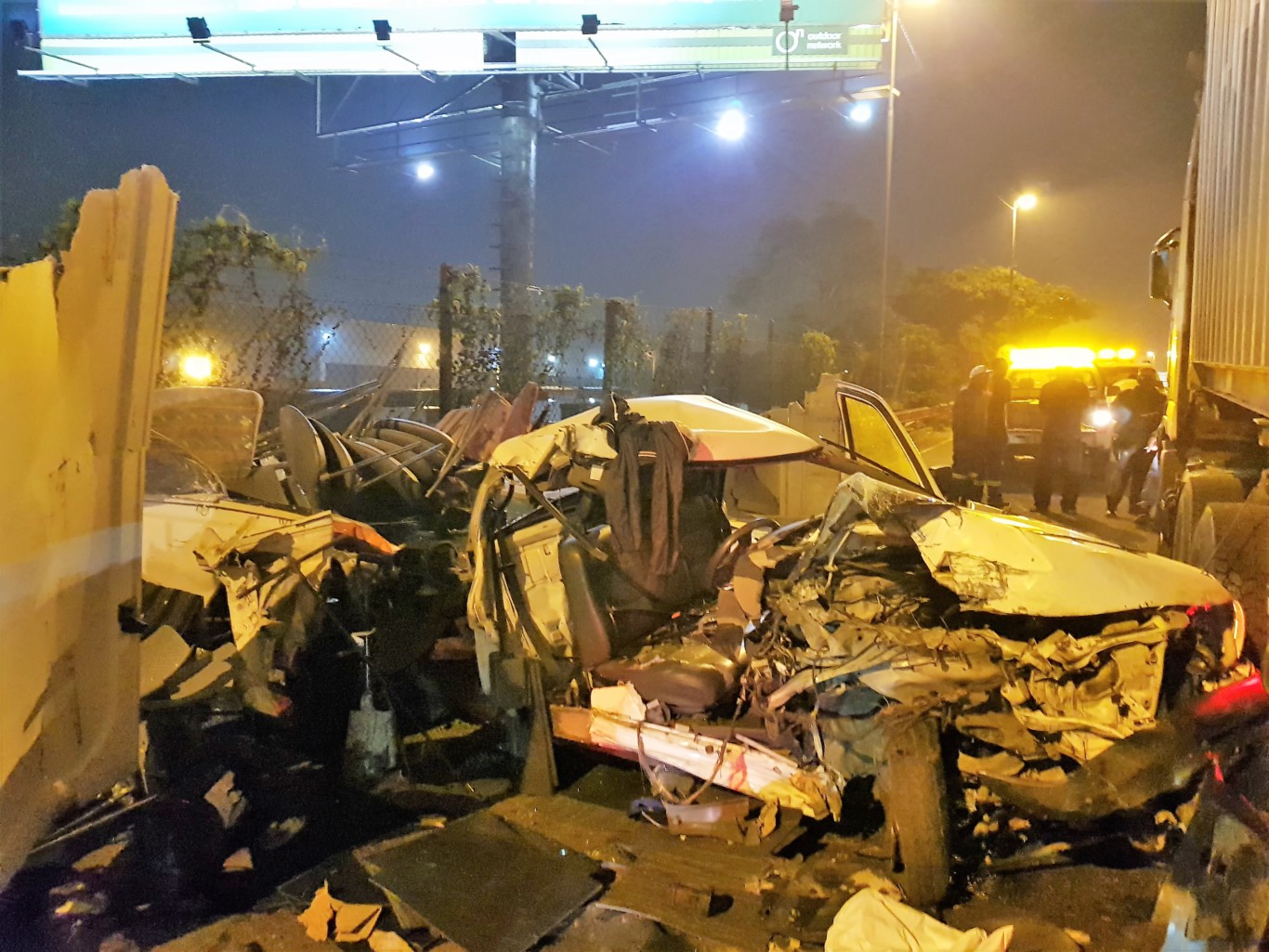 One person has been killed and one moderately injured after the vehicle they were in crashed into the back of a truck on the M4 North Bound near Clairwood on Friday evening.

Rescue Care Paramedics were called to the scene just after 7pm. On their arrival they found that a vehicle had crashed into the back of a truck which was believed to have been stationary after breaking down. On assessment Paramedics found that the driver of the vehicle had suffered extensive injuries and unfortunately there was nothing more Paramedics could do for him, he was declared deceased on the scene. The passenger had sustained moderate injuries and was stabilised on the scene before being transported to a nearby hospital for the further care that they required. The truck driver was not injured.

SAPS were on the scene and will be investigating the incident further.