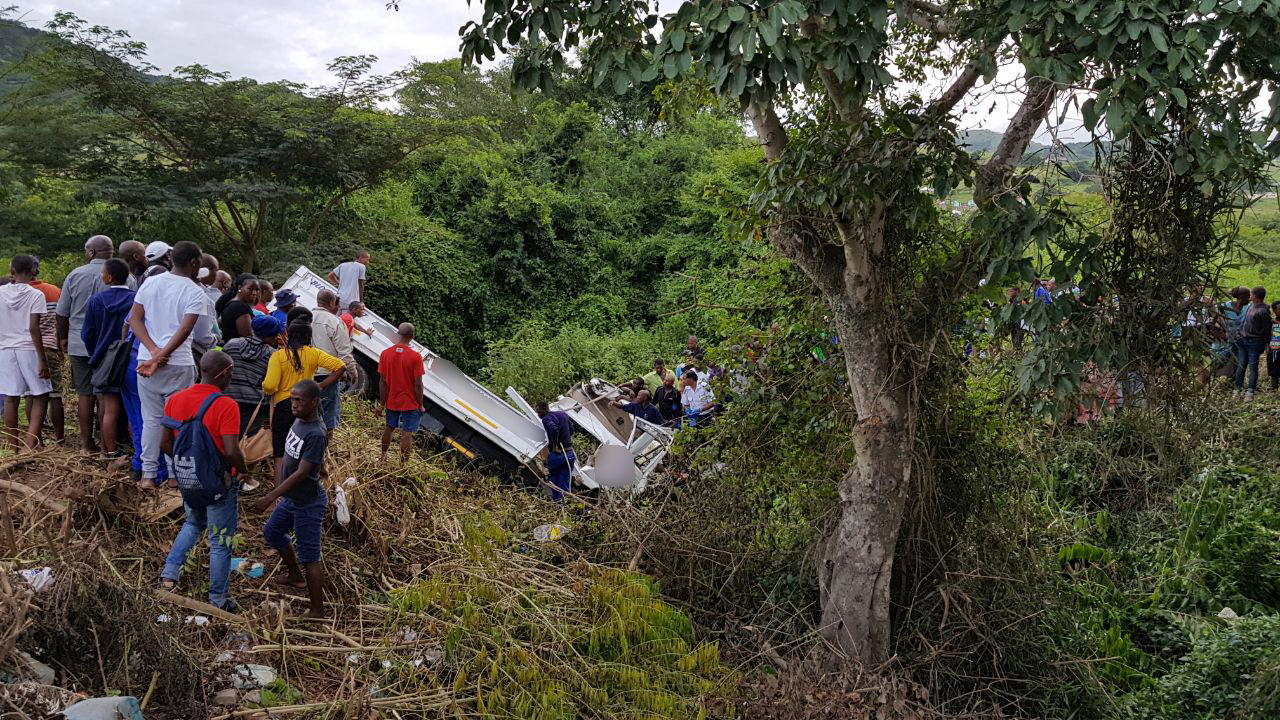 One person was killed and four others sustained injuries ranging from moderate to serious after the truck they were traveling in crashed down an embankment on Intake road close to Klaarwater in Pinetown late this afternoon.

When ER24 paramedics arrived on the scene just after 18H00, another medical service was already in attendance. Upon further assessment, paramedics found a man who had unfortunately sustained fatal injuries. He was declared dead on the scene.

The exact circumstances surrounding the incident were not yet known to our paramedics.