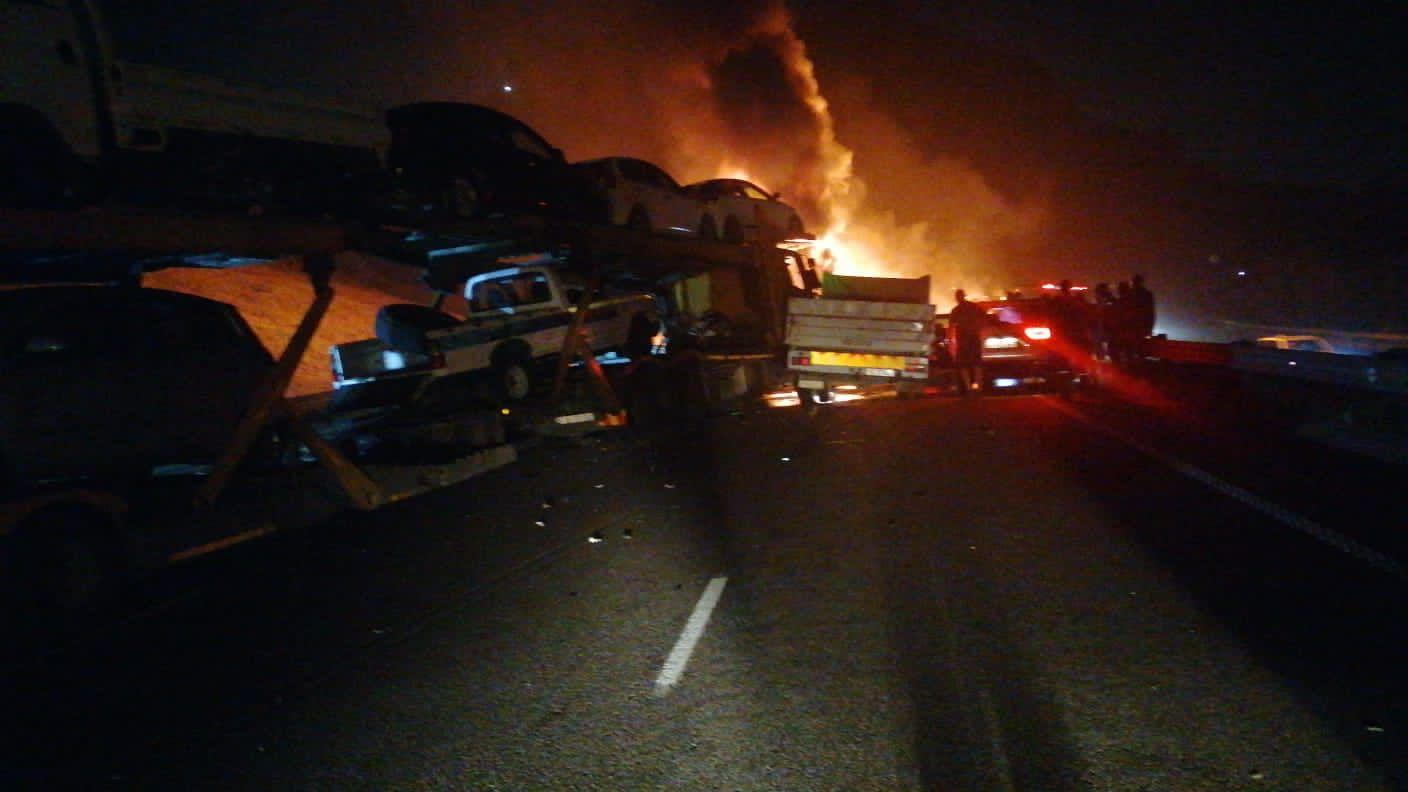 has been seriously injured in a horrific accident involving multiple trucks on the N3 Durban bound before Mariannhill Tollplaza in Pinetown just before 7pm on Friday Evening.

ALS Paramedics Medical Services together with Netcare911 and multiple other services arrived on the scene to find total carnage. Multiple trucks had collided on the roadway before at least three of the trucks caught alight. One of the driver of one of the truck sustained serious injuries and was stabilized on the scene by Advanced Life Support Paramedics before being rushed through to a nearby Durban hospital for the further treatment that he required.

The N3 Durban bound is currently closed at the Shongweni offramp and motorists are urged to use alternative routes.

At this stage the events leading up to the accident are unknown however SAPS were on the scene and will be investigating further.

The Netcare911 Aeromedical Helicopter has just landed on the scene to rapidly transport the Seriously injured patient to a specialist hospital.