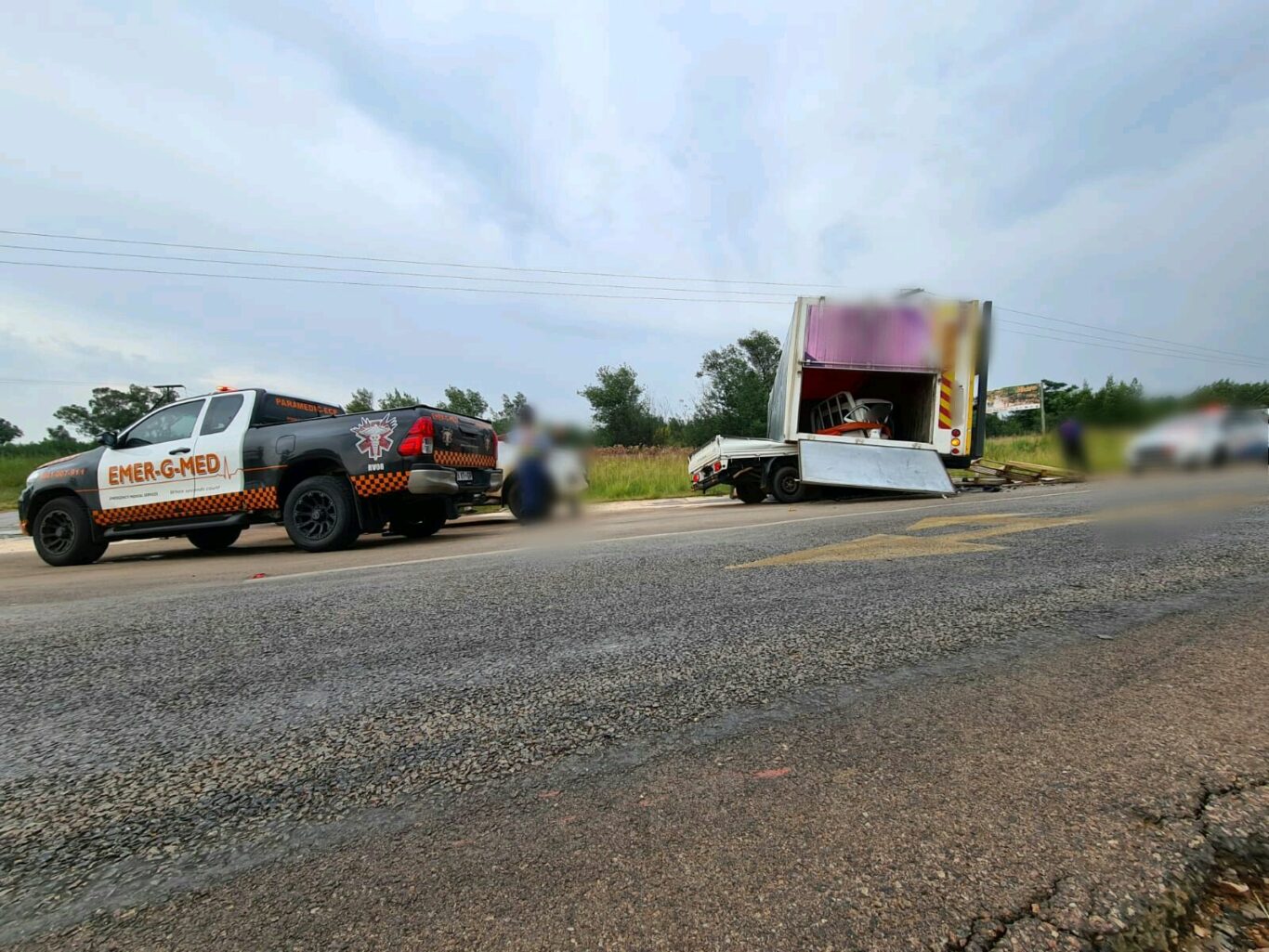 Just after 3 pm, Emer-G-Med Paramedics responded to a serious heavy motor vehicle collision on Graham Road in the Tierpoort area of Pretoria.

On arrival on the scene, it was found that two heavy motor vehicles had collided, with one of the vehicles having pierced through the load area of the other.

The driver of the vehicle was found entrapped and unfortunately had suffered fatal injuries, he was declared dead on arrival of paramedics.

There were no injuries reported in the second vehicle.