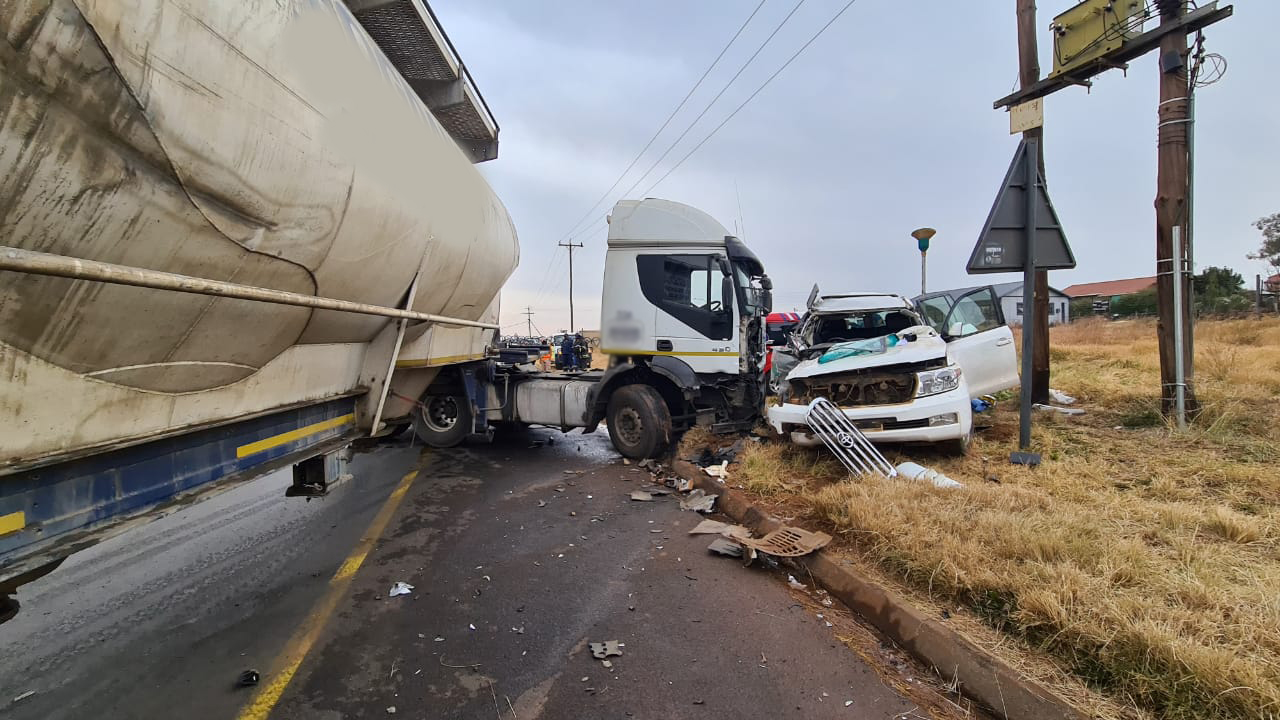 A 62-year-old man has been critically injured in a collision between his SUV and a truck this morning on Elm Road, Benoni.

ER24 paramedics arrived on the scene at 10:55 to find the man entrapped in his SUV. Advanced Life Support interventions by both ER24 and Life Healthcare medics were needed to try and stabilise the patient while the Fire Department used the Jaws Of Life to extract him. Once free of the wreak, the patient was transported to a private hospital in the area for further treatment. The driver of the truck was unharmed in the incident.

The South African Police Services, as well as the EMPD, were on scene for further investigations.