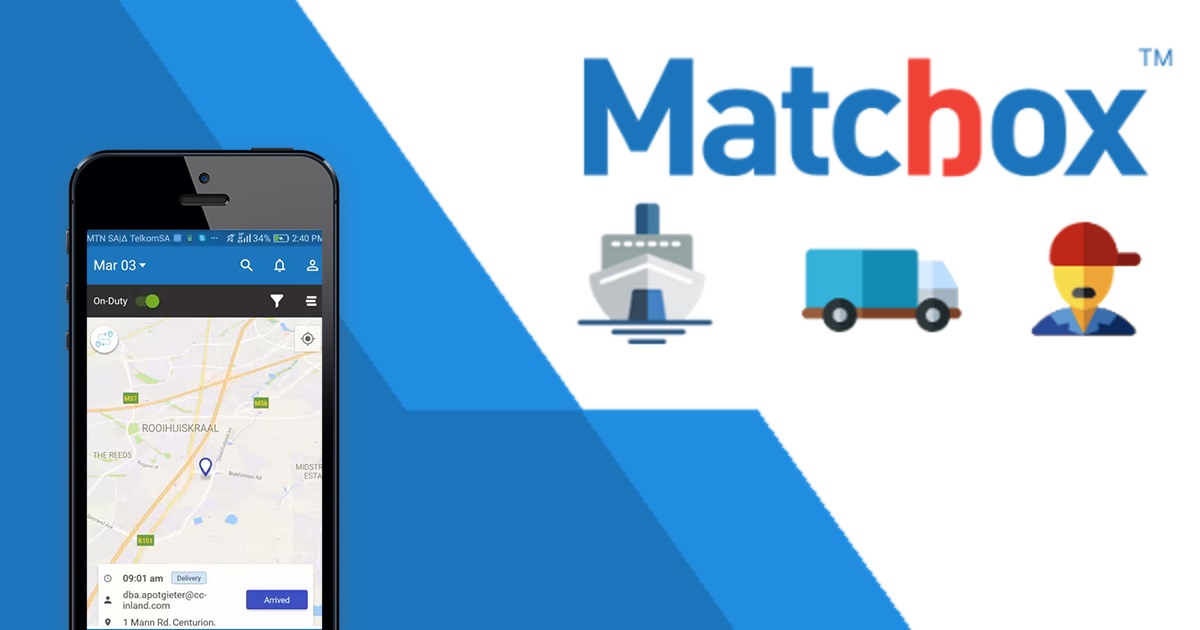 Matchbox is a free and innovative new app that is revolutionizing the freight industry, connecting shippers and transporters directly in real time. This Durban-based tech is cleverly named after its ability to literally match “boxes” or containers with transporters.

The idea for Matchbox was conceived in April 2016 by a team with over 40 years· combined experience in logistics in Africa.

“We’re industry insiders and could clearly see the gap in the market. We started Matchbox to simplify the current process to find, book, track and pay for road transport in Africa,” said Anton Potgieter, Founder of Matchbox. “There is similar tech successfully operating in the US and Asia that can clearly work here in South Africa that will bring transparency and efficiency to road transport and reduce the cost of logistics in Africa.”

Both transporters and shippers stand to benefit tremendously from this new mobile app as it aims to assist owner-operators, local, and regional fleets to increase their loads and expand business. Transporters can look forward to “no more wasted space” by signing up for alerts to nearby jobs being auctioned to the best bidder while in turn typically offering shippers a lower rate than current industry standards.

Thus far the response to Matchbox has been incredibly positive. Tommy van Deventer, owner of Euroblitz, shares, “I found a load on Matchbox for one of my trucks that needed a return load from Durban. I quoted on the load and my quote was accepted by the cargo owner, all of this was done within 30 minutes, online and without one phone call.”

The app has the added benefit of its Transport Management System [TMS] which helps transporters manage their fleet and assign drivers to respond to jobs. Local driver, David Moghatla, confirms: “I downloaded the Matchbox app on my phone and my manager could send me all the load details straight on the phone, it was easy.”

Development was finalized in January 2017 and post a robust and thorough beta testing period Matchbox launches publicly in August 2017.