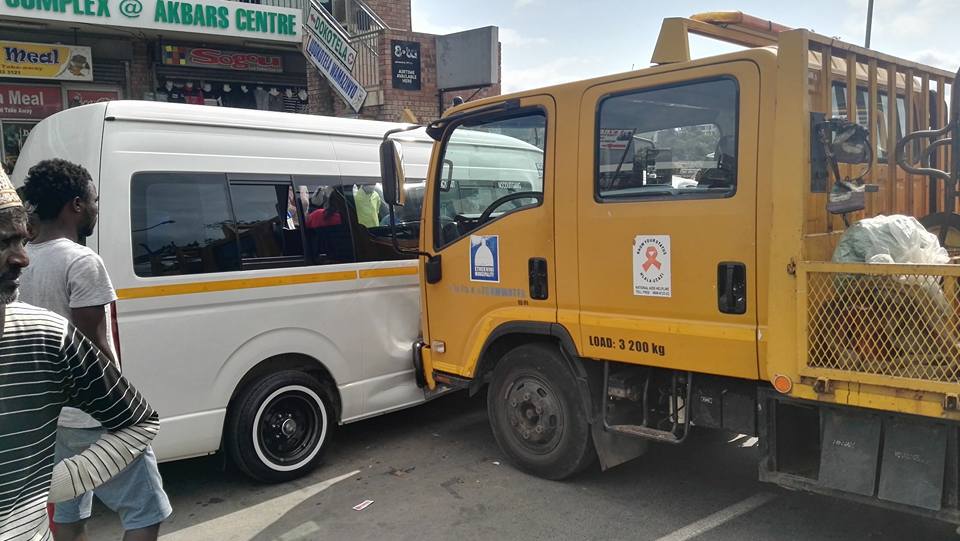 Six people were injured after an Isuzu truck belonging to the Ethekwini Municipality Roads and Stormwater Department collided into a stationary Toyota Quantum taxi on Ireland Street in the Verulam CBD a short while ago (Monday).

Members of Reaction Unit South Africa were dispatched to the scene after receiving several calls from the public and passing motorists reporting the incident. Upon arrival 6 occupants of the taxi were found to have sustained mild to moderate injuries. They were treated on scene by medics and transported to hospital.

It was established that the unoccupied truck was parked on an incline on Madressa Lane when it began to roll. It then crossed onto Ireland Street and collided into the side of the Toyota Quantum which was being loaded with passengers at the time.

Reasons as to why the truck had rolled has not been established at this stage.