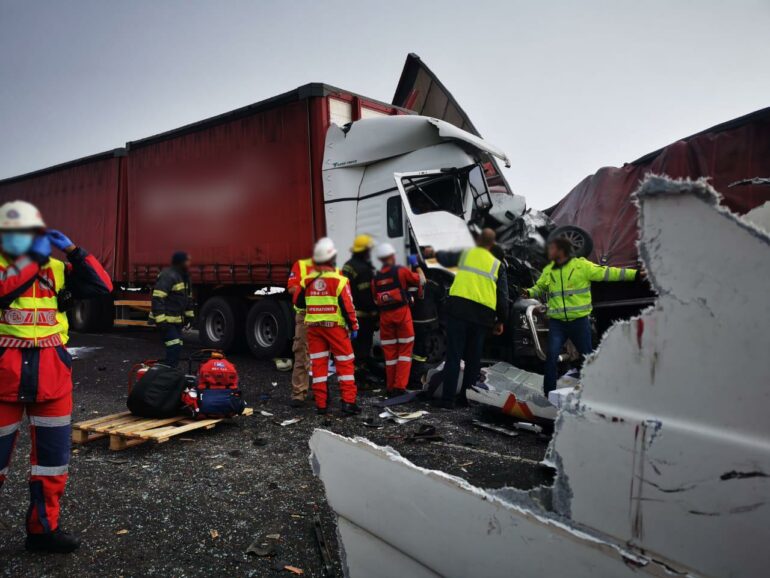 This morning, two people were killed and three others injured when two trucks and six other light motor vehicles collided on the N17 in Trichardt, Mpumalanga.

ER24 and several other services arrived on the scene at 08h20 to find several vehicles across the road. Two trucks were found in the middle of the road with a light motor vehicle smashed between them. Numerous people were seen walking around the scene.

On closer inspection, medics found two bodies lying trapped inside the light motor vehicle smashed between the two trucks. Unfortunately, nothing could be done for them, and they were declared dead.

Three other patients were tended to on the scene. One was a male driver trapped inside his truck, while two others were from the light motor vehicles.

Rescue Services had to use specialised equipment to free the driver from the truck. Once released, medics treated the patients and transported them to Mediclinic Highveld for further care.

The local authorities were on the scene for further investigations.